Other Tomato renditions we've received from Micah "Yeti" Cryder have often displayed a rather fluid and organic shaping elements, with the bowl quite squat and the shank-and-stem combination dynamic and gestural. In this version, Micah adheres closer to more traditional English and French shaping conventions, with the shank and stem straight, the proportions well balanced, and the bowl a touch taller with Apple-like sensibilities. That said, it's very much a Tomato design, being quite broad still and voluptuous in hand. If there's a single element that "makes" this pipe, it's the way in which Cryder has approached the transition: Created by the diminution of the oval shank, the transition is tucked neatly under the bowl's near side. Such a design cue lends the bowl more visual prominence and accentuates its curvature while also pitching the bowl slightly forward to continue the sleek dynamism initiated by the shank and stem. Conveniently compact, this is a Nosewarmer of artisan style and craftsmanship, dressed in a plum-stained sandblast — a stain not often utilized by Micah — and furthered elevated by the American carver's signature use of Bakelite, in this case one of vivid, sunny, dandelion-yellow hues. 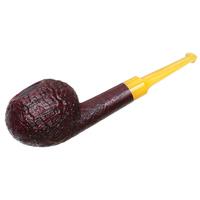 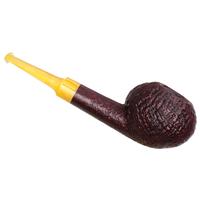 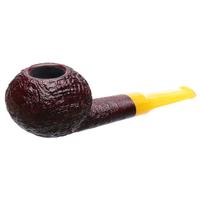 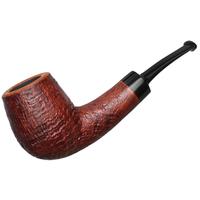 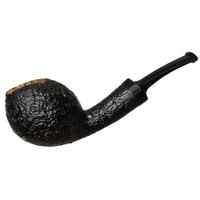 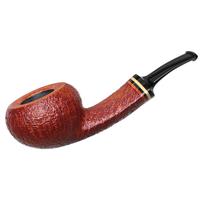 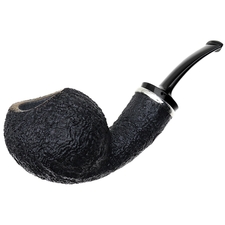