Perhaps his most iconic signature shape, Adam Davidson's Fig was inspired by the traditional Cutty and reimagined through the American artisan's creative lens and appreciation for organic designs. The Acorn-esque bowl is decidedly plump in its shaping, wearing its waistline high and working in tandem with the protruding heel spur to create its distinctive silhouette. Negative space around the transition further accentuates the chubby bowl's visual presence while the transition itself sits neatly tucked away underneath the bowl's bulging waistline. The gradually flaring, upward kicking shank is topped by a brass insert ring — its shaping echoed at the disc-shaped base of the softly downturned stem. Finish-wise, Davidson has treated the stummel to a light-depth sandblast, unveiling a fascinating array of rippling grain underneath the dark-chocolate-and-plum stain. Whether you've been collecting Adam's work for years and have been waiting for a special piece to come around or if you're considering your first Davidson pipe, this Fig is too tempting to pass up. 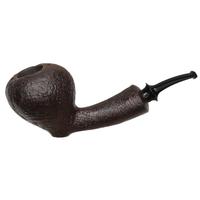 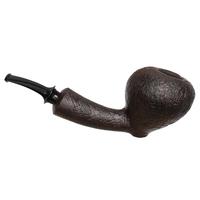 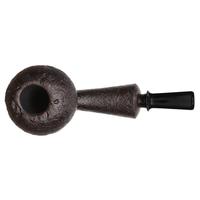 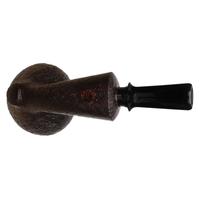 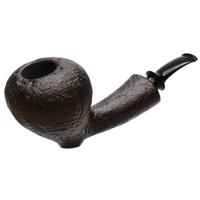 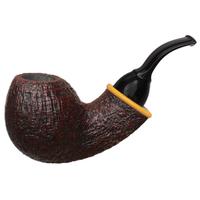 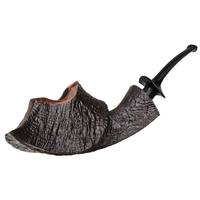