2020 marks the 20th year since Sykes Wilford founded Smokingpipes.com. To commemorate such a milestone, we've partnered with numerous pipe makers to release several projects throughout the year, and no anniversary celebration like this would be complete without a special collection of pipes from Adam Davidson. Not only is Adam a distinguished American pipe maker, he's also worked for Smokingpipes for 15 of its 20 years. Sykes asked him to make a special line of pipes for our 20th Anniversary project, and he's fashioned 10 total pieces, each one a representation of his iconic Lorraine design and stamped with the Smokingpipes 20th Anniversary logo. Adam's Lorraine shape is a classic, straight Billiard with an army mount of silver, horn, or boxwood, and it's become a signature shape in his repertoire, one that's inspired entire collections and become favorite pipes within the rotations of numerous pipe smokers.

For our 20th Anniversary series, Adam fashioned sandblasted Lorraines all with boxwood ferrules sourced from a very special location: the Peterson factory. Peterson uses Irish boxwood to shape its esteemed silver army mounts, the workshop's silversmiths molding the silver against a boxwood template proportionately identical to the shank of the pipe being carved. The use of such a template affords greater consistency and quality in the silversmithing process, and boxwood has served Peterson's artisans well for decades. Boxwood from Europe's far north — Ireland, Scotland, Scandinavia — is particularly admired, its short growing season creating particularly dense and beautiful wood. When Adam first learned that Peterson was using such valuable boxwood to make templates, he requested a small shipment of the material from the factory, but didn't yet have a plan for it. Our 20th Anniversary project is the perfect realization, aptly representing both Adam's and Peterson's significant contributions to Smokingpipes as a brand over the years. 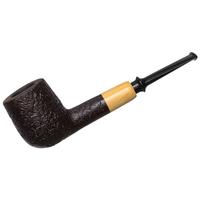 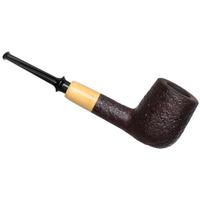 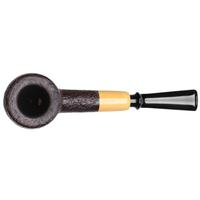 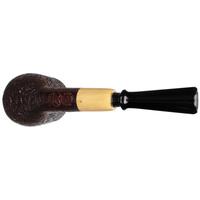 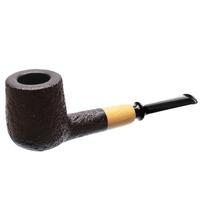 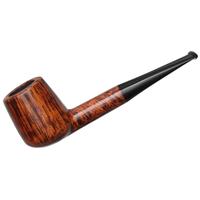 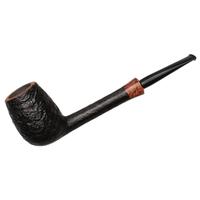 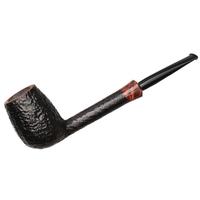 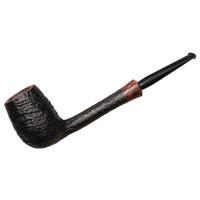