I've noticed something about Jeff's shapes, when it comes to those with "speed" anywhere in the title. Unlike what you might expect, their common theme is curve, not direct, overt forward motion. Where others would make a low-slung and drastically streamlined shape, or a lean and very forward-leaning design, Jeff goes for rounded, muscular bowl profiles following through on a sweeping gesture from the shank. His speeding designs, in other words, imply less in the way of actual forward motion, instead implying the motive force behind forward motion. This one, which he calls simply the Speedster, in fact goes the farthest in terms of suggesting forward motion directly, and even that is kept to accenting the same kind of sweeping, urgent roundness seen in his Speeding Blowfish with a trailing rear rim-edge. 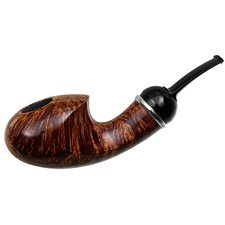 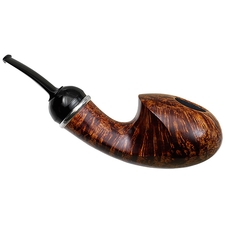 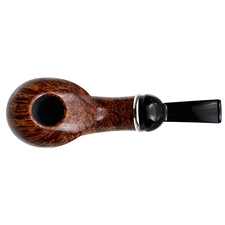 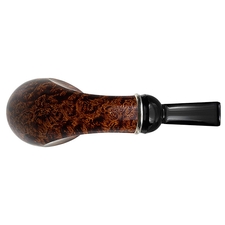 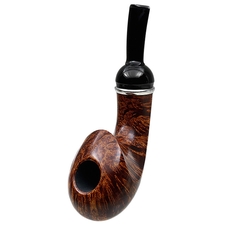 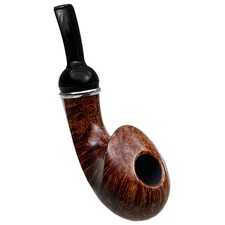 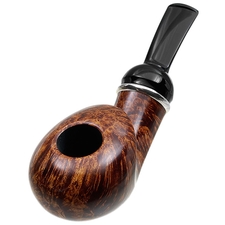 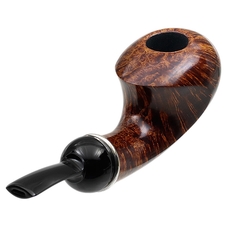 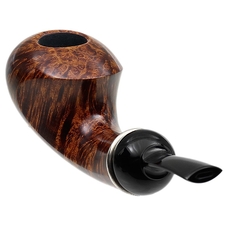