Many makers say that certain blocks "must be a horn." That being said, this is a very different sort of Horn shape for Jeff, and a form that he's been tweaking for some time. His renditions in the past have tended toward more overtly Dublin-esque, bowl-centric numbers, sporting an acute taper from the broad, often undulating rim. As you can see, Jeff opted for a more low and sprawling approach here, foregoing the typically poised look in profile. To my eye, there might be some influence from Cornelius Manz, especially in the very gradually flaring, lenticular shank, soft-lined bowl, and saddle-stem, but what really strikes me is Jeff's use of asymmetry here. It exhibits a sort of twisting motion, from bit to rim, evident especially due to his use of crisp ridges along each flank, the likes of which also serve to superbly define the grain as well. Accented with ivorite at the stem base, it's lent an additional organic charm via an inlay of creamy mammoth bone at the bowl's aft. A gorgeous piece. 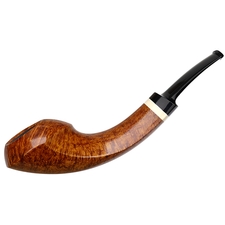 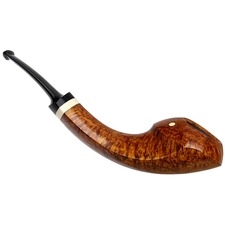 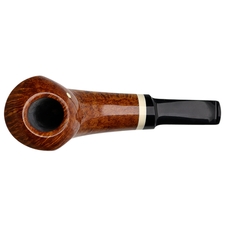 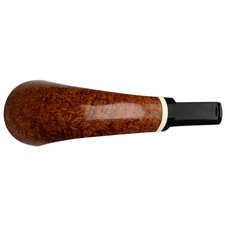 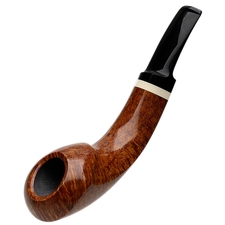 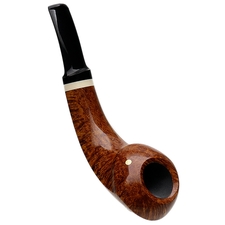 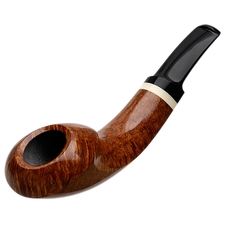 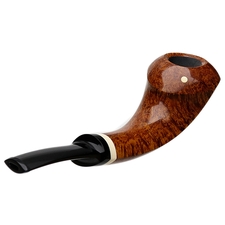 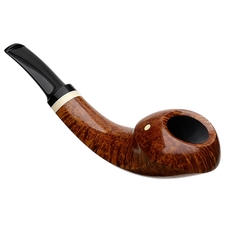 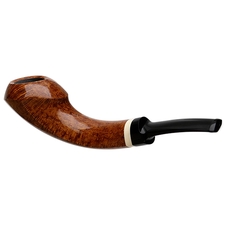 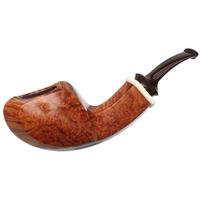 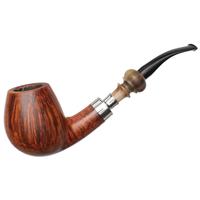 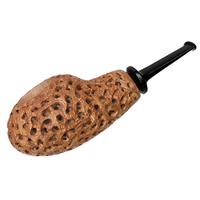