Boldly displaying a long, full-bodied shank, this Jeff Gracik offering features a ball-like Apple bowl. Traditionally speaking, a pipe's bowl is most often bestowed with the majority of the piece's visual weight; however, this design shifts that responsibility, giving more mass and, thus, focus to the shank, with the bowl acting as more of a pleasant addition. It's a convention that calls to mind much of Lars Ivarsson's work, and one that Jeff, and other American carvers, have paid homage to as well as made their own. In this particular version, I draw your attention to the balanced asymmetry inherent in how Gracik has fashioned the shank and transition. In cross section, the shank exhibits a rotund, egg-shaped profile — not oval, mind you, as one end is slightly more pinched than the other. Positioned in a rotated manner, the shank is tilted at an angle, adding an artistic touch of asymmetry. Jeff counters that imbalance, though, in the way he marries shank and bowl. At the transition, the polished finish of the shank extends around the bowl's sandblasted surface in a shape that perfectly resembles the egg-like profile of the shank-end, only enlarged and canted the opposite direction. Here is where Jeff's genius really shines through: the matching profile of both transition and shank-end, though tilted in different directions, are done so to the same degree, ensuring that when viewed directly from behind the button, the right hand, outside curve of the shank-end lines up perfectly with that of the transition's outline. Such a subtlety bespeaks not only Gracik's eye for detail but also his incredible skill at physically manifesting such imaginative creativity. Well done indeed. 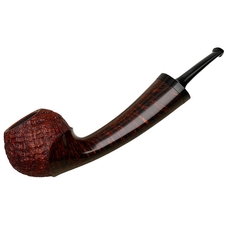 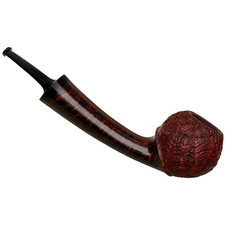 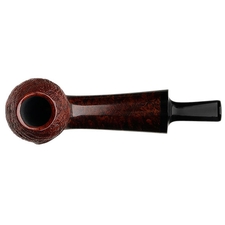 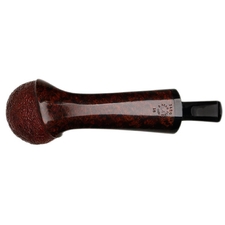 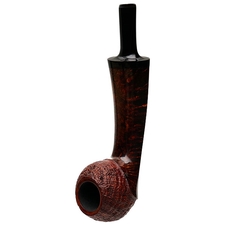 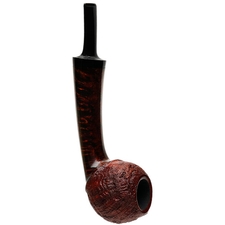 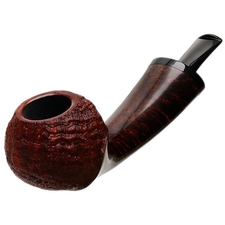 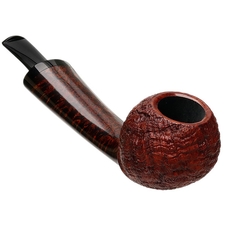 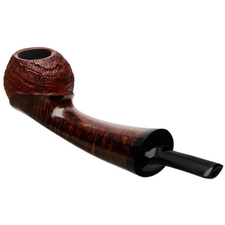 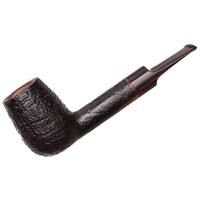 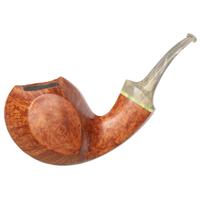