We usually see the Acorn rendered by Danish artisans, with immediately recognizable and highly influential versions by legendary carvers such as Lars Ivarsson and Sixten Ivarsson readily coming to mind. And while Jeff Gracik, the man behind J. Alan pipes, is highly influenced by the Danish approach to pipe making, the Acorn shape is one we don't often see from the American artisan. This offering fits in well with Jeff's penchant for utilizing Danish shaping cues and reinterpreting them through his own creative lens, constantly tweaking their proportions and finishes, yet always resulting in an exquisite piece that highlights Gracik's expert engineering. With its lengthy shank, smooth transition, and soft, rounded heel spur, this Acorn is firmly grounded in the Danish aesthetic. However, the robust proportions and domed saddle stem base are signature elements of J. Alan pipes and is a common theme within modern American pipe making in general.

The bowl wears its waistline high, just underneath the slightly concave rim, before gradually tapering toward the rounded heel spur below. That taper, along with the bowl's supple curves and low-set transition provide an incredibly comfortable. natural feel in hand as it conforms exceptionally well when wrapped around the thumb and forefinger. Just as impressive as the shaping of this piece is the stummel's light, natural finish as it complements the inherently organic Acorn shape exceptionally well. Streaks of flame grain cascade down the bowl while specks of birdseye can be seen dancing around the curvaceous rim.

And if there's one aspect of Jeff Gracik's work and pipe making in general that doesn't get enough recognition, it's the careful attention that needs to be paid to the mouthpiece. Ideally, stems need to suit the shape they're paired to, should balance the overall composition both visually and physically, and perhaps most important of all, they need to be comfortable. Jeff certainly realizes this aspect of the craft as exemplified by this piece and generally prefers to use saddle mouthpieces in his work as he feels they're more comfortable and because of feedback he's received. The domed base of the stem echoes the bowl's roundness while also continuing the momentum and thickness established by the long shank. Fabulous work from Gracik that will easily enhance any collection it joins. 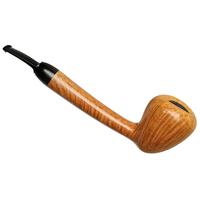 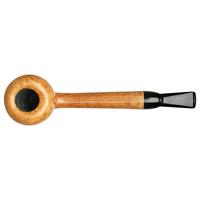 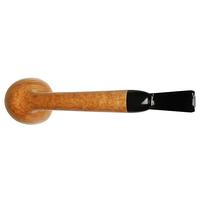 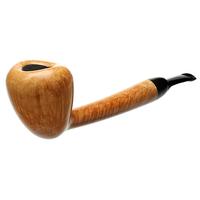 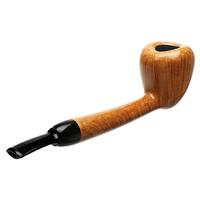 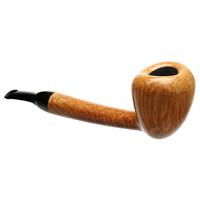 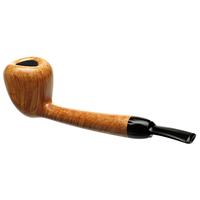 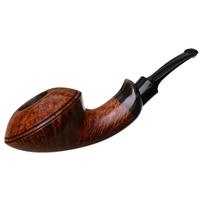