Jeff Gracik has considerable experience with the Volcano shape, sometimes rendering it with a more Horn-like disposition, sometimes in an all-smooth finish, sometimes entirely sandblasted, sometimes with only the heel sandblasted. Here we find a sinuous rendition with a stretched aspect through the transition to the shank, and with a heel entirely smooth and tightly filled with birdseye in a contrast finish, wrapping up onto the end of the shank, which is smooth and domed. The rim, too, is smooth, and its long oval is chamfered into the tobacco chamber.

The sandblast itself is deep and satisfyingly craggy, with an impression of downward cascades, like waves on a beach, as its growth rings surround the bowl in undulating uniformity. Those growth rings follow the line of the underside, curving upward to meet the stem, which possesses a single, offset expansion ring followed by a softly curved, flat saddle bit. Crisp ridgelines descend from the shank end around the base of the pipe, which is gently domed. The lines of this pipe are quite simply elegant and minimalist, and the curves are as smooth and natural as only distinctly unnatural talent can render. 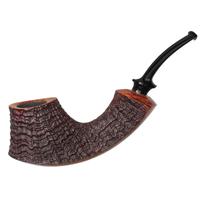 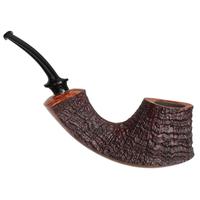 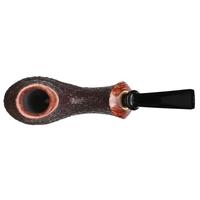 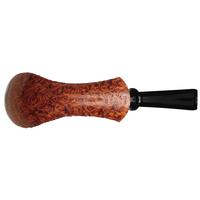 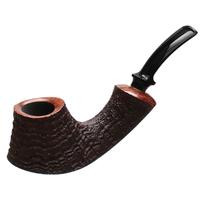 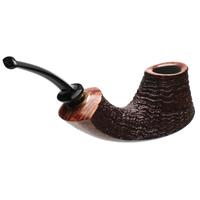 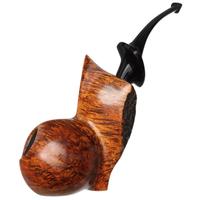