Jeff Gracik of J. Alan pipes continues the exploration of his Flying fish shape with this sandblasted piece. It's a shape that has evolved from his iconic Scorpion Blowfish in concert with the stout, muscular proportioning of his signature Lotus. The two previous versions we've seen were more upright and muscular through shank and transition, and were more forward leaning, with the visual weight of the shank and stem more vertical and towering over the bowl. It's an asymmetrical shape, its heel depending from the bowl primarily on the left side, with crisp ridgelines defining its shaping down to the flat heel, which is smooth and upon which this balanced piece sits with ease.

Ridgelines also define the shank, which tapers outward to the offset saddle stem. Additional ridgelines also shape the bowl in almost Blowfish style, with domed panels left and right curving up to the rim and maintaining the exquisite curvature of the form. The grain of the sandblast is oriented for the growth rings to be vertical, with birdseye on the flanks. Aside from the diminutive heel, the only smooth section is the chamfer of the interior rim, which introduces the tobacco chamber with soft attenuation. It's a remarkably complex shape with myriad elements attracting visual attention, and in a well-constructed and well-designed smoking instrument. 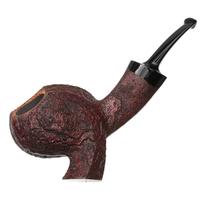 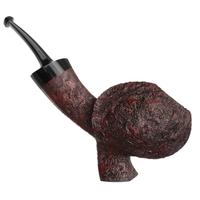 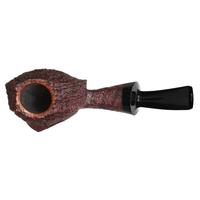 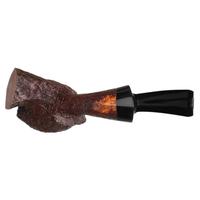 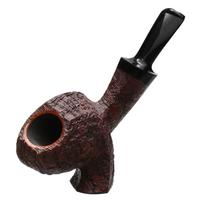 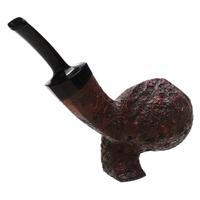