Jeff Gracik, the carver behind J. Alan pipes, has established himself as one of America's premier pipe makers, seamlessly blending Danish shaping cues with his own unique and creative style. That approach is readily evident in his Billiard variants, with this Lovat being one such example. This offering combines the soft-lined and curvaceous style attributed to the Danish school with the robust proportions and muscular aesthetics that are frequently utilized by American carvers. Initially, it's highly reminiscent of Gracik's signature Liminal Billiard design, but here the American artisan has added more substance to the bowl's heel as well as the shank. The bowl subtly tapers from its broad, firm base up toward the smooth, softly inflated rim, a signature cue within Danish pipe making. The arrow straight shank and sleek, abbreviated saddle stem further accentuate the bowl's visual presence and hearty substance. Finish-wise, Jeff has treated the stummel to a crisp sandblast, coaxing out plenty of rippling ring grain and providing an endless supply of rich texture for fingers to wander over. A creamy Ivorite accent adds some tastefully understated contrast without distracting from the piece's sublime shaping and precise line work. An absolutely stunning example of Gracik's ability to infuse a classic shape with his own distinctive style. 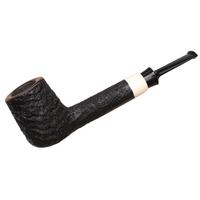 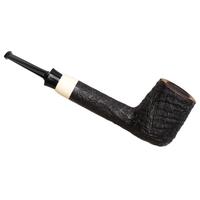 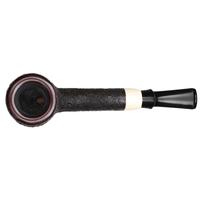 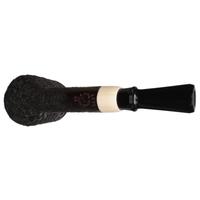 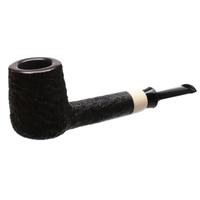 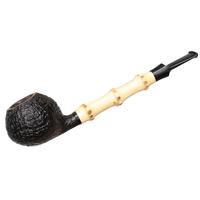 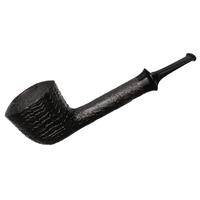 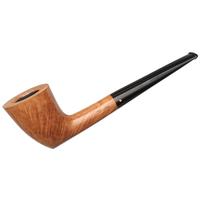 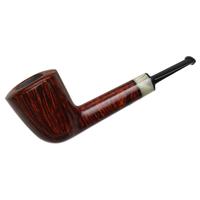 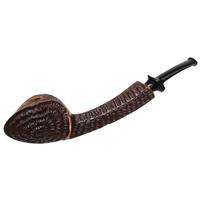