Squat, plump, and as broad as many classic Pot designs, Jeff Gracik's Crabapple is a playful take on the traditional archetype — one clearly influenced by Danish artisans. The low-profile, oval shank and saddle stem pair beautifully with the rounded bowl, the shank-and-stem combination accentuating the bowl's soft, supple curves and overall breadth, while keeping it all fairly light and handy in scale. The sheer minimalism of the design comes off quite striking in profile as well, its streamlined silhouette giving it the illusion of fast, forward motion. Fittingly, Gracik chose to finish this example in a smooth, chestnut contrast stain that accentuates the grain extending up the curvature of the bowl. 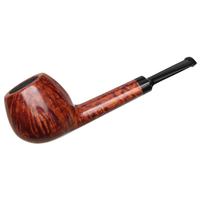 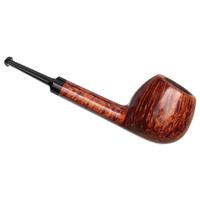 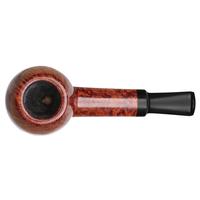 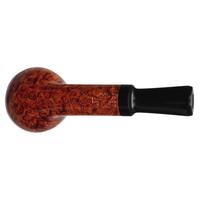 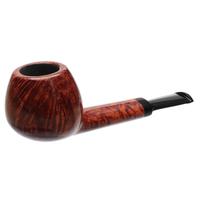 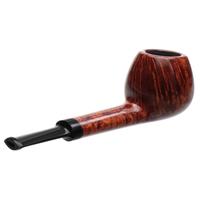 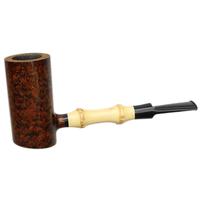 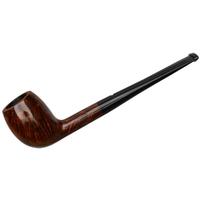