If this particular rendering of the bent Brandy looks familiar to you, it's possible that you've encountered Jess Chonowitsch's signature rendition, which was originally made by Chonowitsch as a custom order of pipes for a shop in Europe in the 1980s. As the title of this pipe declares, this J. Alan piece is Jeff Gracik's tribute to that celebrated Jess design, emulating the Danish master's approach to the form while imbuing it with Gracik's own stylistic acumen. Jess has greatly influenced Jeff both in design and craftsmanship, and this piece pays homage to that inspiration. In general profile, Chonowitsch's rendering is evoked in the pleasant sinuosity of the shank and saddle stem, the undercurve of the shank curling seamlessly into the bowl's heel and transition remaining gentle. At the bowl, Jeff takes more creative liberties: The flanks still taper upward, but the heel is a touch firmer and the bowl's fore curling back toward the rim as opposed to continuing its forward inclination. Such a design cue lends a touch more roundness and muscularity to this piece, in line with the American pipe-making aesthetic. Furthermore, the shank is elongated a hair, while still keeping the form compact and of Nosewarmer dimensions, and it's all dressed in an immaculate sandblast that both testifies to this briar block's quality and Gracik's deft skill in the sandblasted cabinet. A band of horn graces the shank end, complementing the stummel's chocolate stain with hues of ebony and cream, and the innermost section of the rim is smooth-polished and stained an auburn tone — similar to Jess' application but without leaving the entire rim smooth for subtle and tasteful variation. 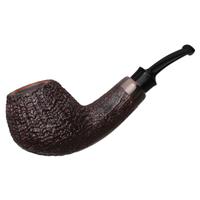 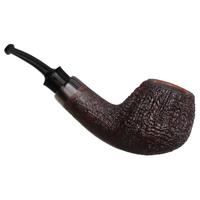 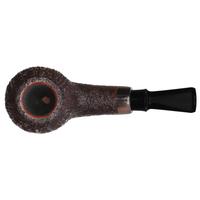 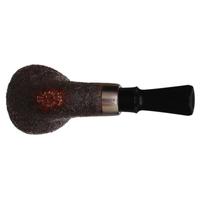 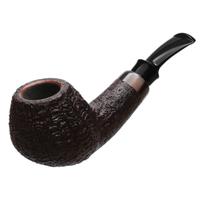 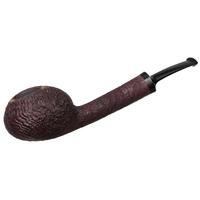 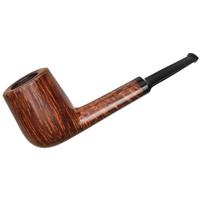 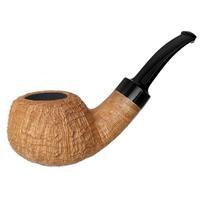 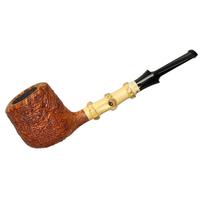 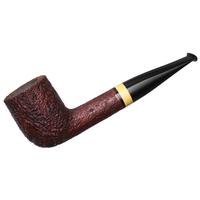