Jeff Gracik, the carver behind J. Alan pipes, has crafted a number of Fugu shapes over the course of his career. It makes sense, of course, as the Fugu (or Blowfish) lends itself to a wide range of interpretations. Gracik's renditions vary in terms of size and finish, but they are typically united by a certain curvaceousness along the stummel, which remains true for this particular example.

Unevenly bifurcated by a pair of wrapping ridgelines, the bowl here boasts a playful asymmetry that's mirrored by the shank's uneven build. The form's ridgelines emphasize the bowl's protruding flanks, which are quite pronounced and rather bulbous. One flank is slightly more defined than the other, its ridgeline extending toward the transition and elongating one side of the bowl. The shank flares from the low-set transition and marries the demurely curved saddle stem out back, and as it does, it turns ever-so-slightly to one side, emulating the flapping tail of a fish. While most of the stummel is dressed in a dark sandblast, bringing a wealth of tactile interest to the briar, one flank of the bowl is smoothly polished, highlighting a stunning display of birdseye. 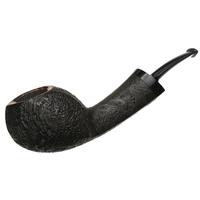 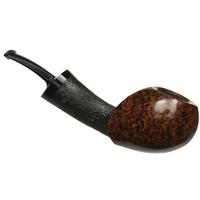 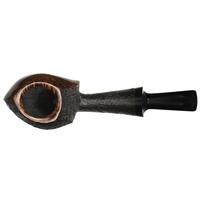 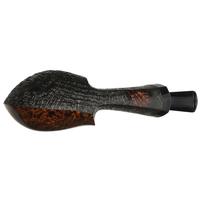 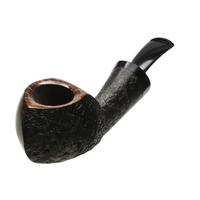 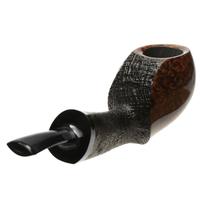