A compact, Nosewarmer Billiard from Russian artisan Andrey Grigoriev, this pipe houses robust proportions in an affectionately diminutive overall size — perfect for hands-free smoking on-the-go. The bowl itself is traditionally shaped in soft style, with a voluptuous base that tapers upward to the rim, which is finished smooth in contrast with the rest of the bowl's concise sandblast. Such a low-profile texture, combined with the smooth rim, hints to Danish pipe design, and despite the subtle texture, Grigoriev's sandblasting has brought out every intricate growth ring within the briar in stunning array.

The rest of the pipe, however, takes a much less traditional approach than the bowl. The shank is composed of a stout, bulbous section of Buddha Belly bamboo, creating a robust aesthetic that matches the curvature of the bowl. Unlike on other bamboo-adorned pipes, though, this section meets the bowl directly and extends below the heel's bottom line, lending the bowl an elevated posture and forming a spur in profile. That aspect is echoed, then, at the top of the stem junction: The top of the stem base inset to the bamboo and slightly raised to match the protrusion near the heel for compositional balance. Said stem is also fitted via a magnetic tenon, a signature design aspect of Viktor Yashtylov who passed it onto Grigoriev. With small, high-strength magnets positioned along the tenon and in the mortise, the stem attaches sturdily with an appreciative *click* ensuring a durable attachment not prone to wear and one that can be removed even while the pipe is warm, similar to an army mount. 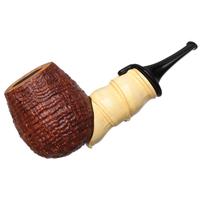 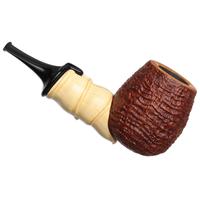 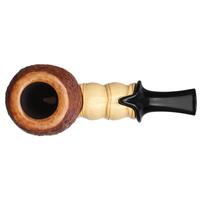 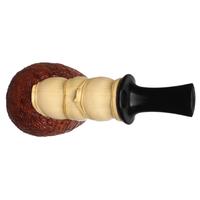 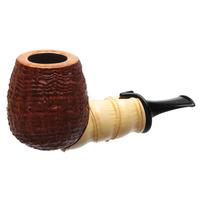 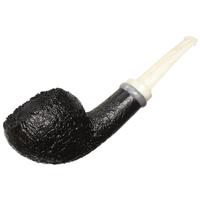 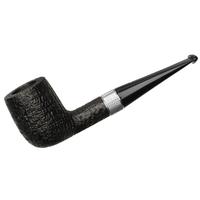