The Nefertiti is an iconic Sixten Ivarsson shape, the man who pioneered artisan pipe making. The design is most notably featured in Stanwell's portfolio as their "43" shape, and it's a distinct Acorn-meets-Dublin design characterized by forward dynamism and sleek proportions. A number of modern artisan carvers have applied their own creativity to the historic shape, and here Andrey Grigoriev presents his interpretation, dubbed Nefertiti's Collar.

Like Sixten's design, this pipe urges forward with crisp momentum, terminating at a flaring bowl. Grigoriev's rendering of the bowl is a touch more rounded and bulbous, fitting into the typically muscular aesthetic of his pipes, and the heel protrudes in rounded fashion past the line of the transition. Most creative, though, is the Russian carver's treatment of the shank and stem: Instead of a briar shank, this pipe bears one of vulcanite, attached to the lower bowl in a broad, cupped formation that resembles the ornately wide collars often seen on depictions of the shape's namesake Egyptian queen. Furthermore, the vulcanite shank blends seamlessly with the stem of the same material, exhibiting a steady taper and lithe downturn as if fashioned all from one piece. An all-black color palette elevates the aesthetic for an almost macabre, gothic presentation that pairs wonderfully with the profile's sleek lines. 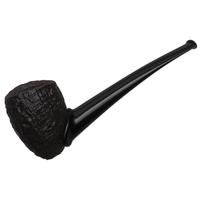 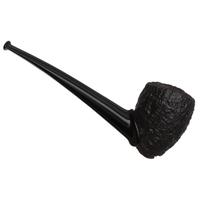 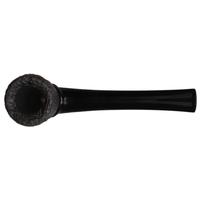 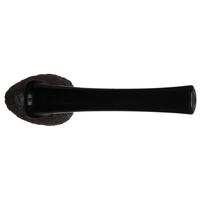 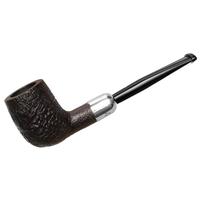 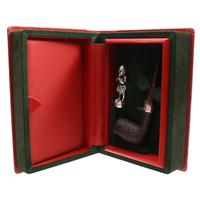