This freehand pipe from Ardor reminds me of a combination of Rhodesian and bent Egg shapes, combining the sweeping heel, curving shank, and tall bowl of the latter with the vague bowl shape of the former. The stem, a sleek arc of amber and gold veined acrylic, feeds into a trim shank, one which sweeps into a long heel and transitions with fluidity, eking back toward the aft to join an undulating ridgeline that wraps around the bowl. This ridgeline denotes the zenith of a rather profound flare, which tapers slowly to the rim, giving the bowl a reasonable height, rim carved in a slowly, deeply undulating wave. This piece is defined by its curves, as each angle gives one another opportunity to observe their suppleness in a new perspective. The stummel comes dressed in a sunny auburn stain, bordering on honey, that reveals flame grain on all sides. 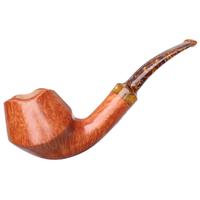 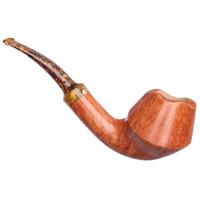 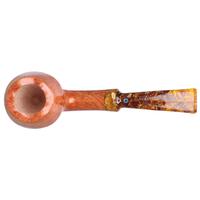 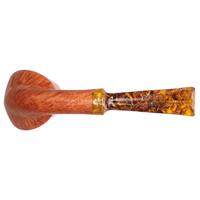 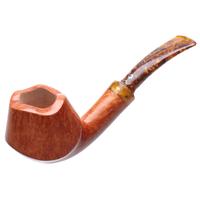 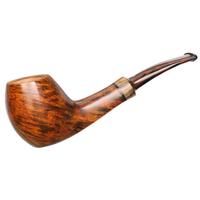 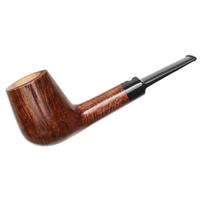 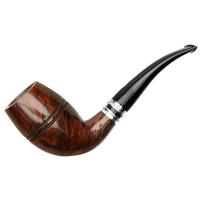 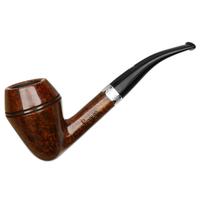 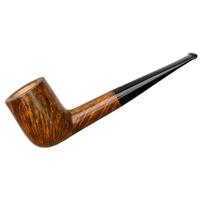 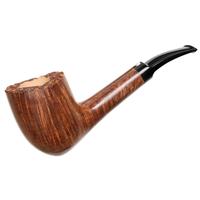 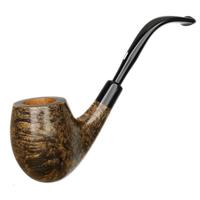 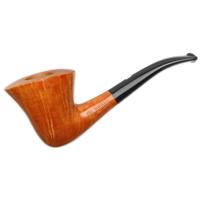 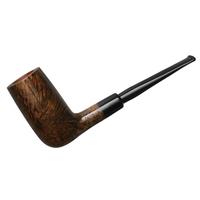