While not as dramatic as some of Ardor's more gestural designs, this Acorn carries plenty of character, and a good bit of demure momentum, with a discrete S-curve to shank and stem and a comparatively squat Acorn bowl extending to neatly rest in hand. It's wearing a craggy Urano rustication and chestnut stain, fashioned to evoke the texture of a ring grain sandblast but with a bit of extra stimulation built in. The rim is slightly concave to aid in tobacco loading, and a hardwood-like accent graces the shank end with contrast. The chocolate-hued acrylic stem swells from the shank end, gathering a bit of a voluptuous appearance before tapering and turning down just slightly as it glides toward the lip button. 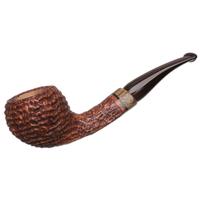 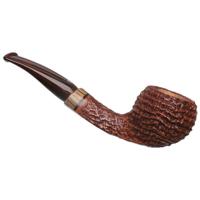 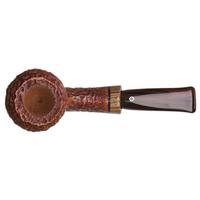 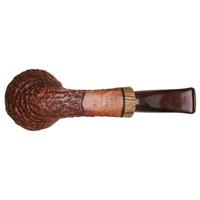 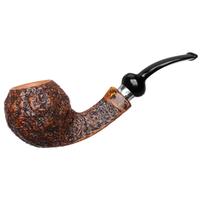 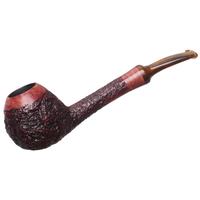 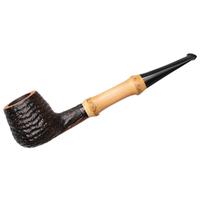 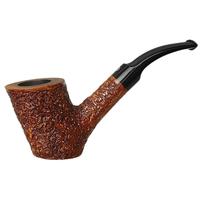 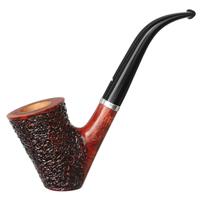 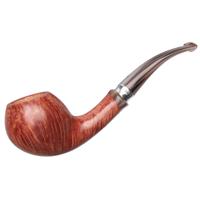 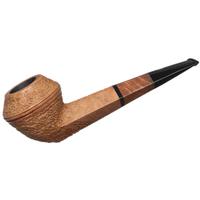 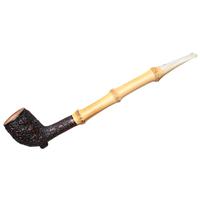 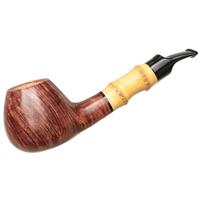