The panel of this paneled Horn from Ardor is found along the underside of the shank running through the sweep of the heel and up the far flank of the bowl. It holds a slightly convex form rather than flat, which fits the aesthetic of the Horn as defined by its curve and expansion through the bowl. The stummel here is dressed in a craggy, earthy rustication that adds a wealth of texture in hand, while the broad rim is finished in a light, smooth dressing that showcases some handsome grain. The shank end is marked by a gently flared accent of amber acrylic that matches the hue of the stem, with the stem base's silver fitment adding some elegant contrast. The transition, as on any Horn, is graduated from shank to bowl to maintain that smooth flow inherent in Horns, contributing to the overall handsomeness of this Ardor composition. 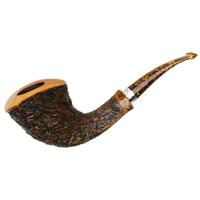 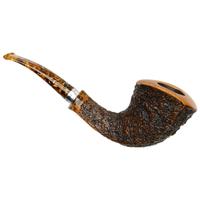 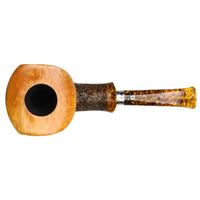 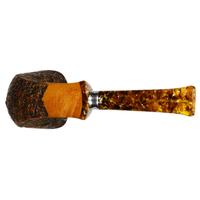 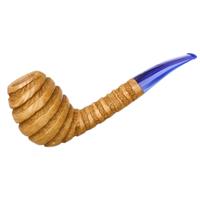 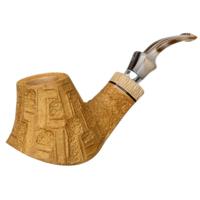 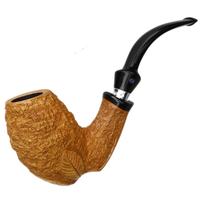 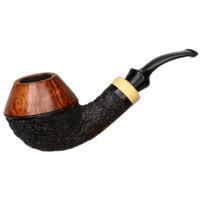 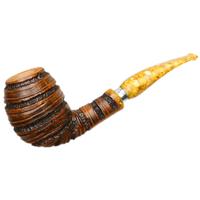 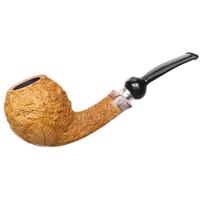 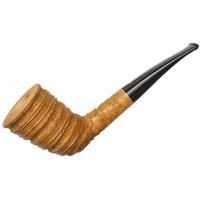 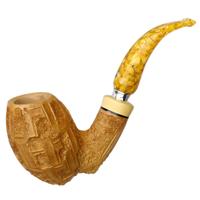