Even back when Ashton was still in the hands of Jimmy Craig's late predecessor, founder Bill Ashton Taylor, it wasn't unusual to find Ashton pipes that mixed up different elements of various classical shapes, producing briars that were distinctly different from shape chart standards, and yet that also retained a traditional English feel. It's something Jimmy Craig has kept alive, as evidenced by this particular piece, which features a Dublin's taper in a hearty, borderline-Billiard bowl, as well as the Bulldog's signature diamond shank. Dressed in the craggy Pebble Grain sandblast and finished in a dark stain, the creamy white acrylic mouthpiece stands out in stark contrast and is downturned for comfortable clenching. 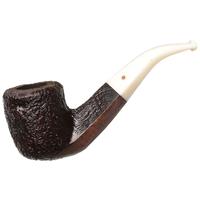 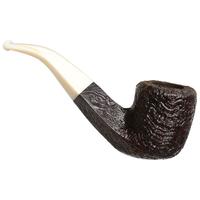 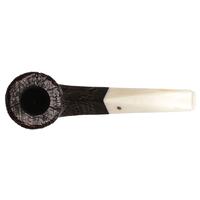 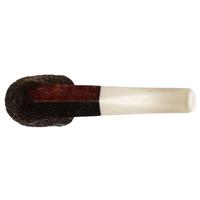 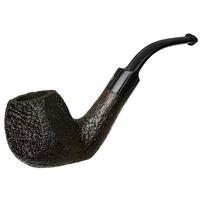 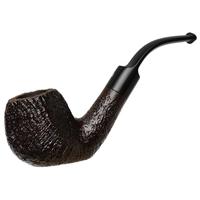 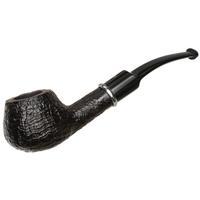 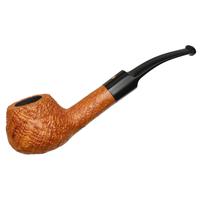 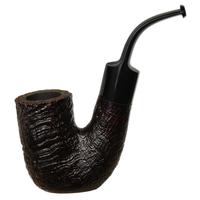 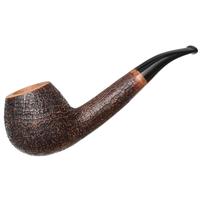 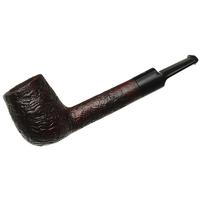 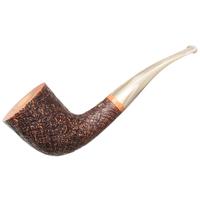