Coming in at under four and a half inches long, this straight Bulldog from Ashton is a potent and extremely muscular nosewarmer. Nowhere is this more readily apparent than at the bowl, which, though it's not the tallest, is strikingly wide, with a hearty, hand-filling build that still allows it to slip easily into a pocket. The chamber is appropriately wide, making up for its slight lack of depth, and sits in the center of a domed rim which tapers up from a pair of beadlines set at the high waist of the bowl. The transition is wide enough to drape a thumb and leads to the equally muscular diamond shank, the ridgelines at its flanks framing the sides of the bowl and wrapping around into the bottom ridge, all four of them continuing through the tapered stem of black vulcanite. Dressed in the vibrant ruby sandblast of the English workshop's Claret finish, revealing handsome grain throughout the stummel and contrasting sharply with the hues of the stem. 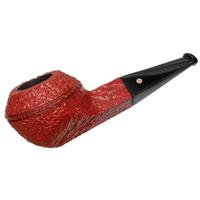 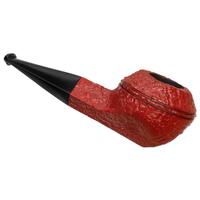 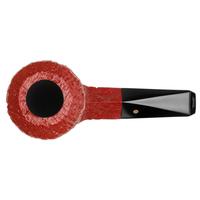 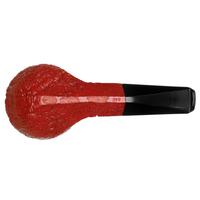 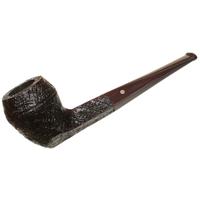 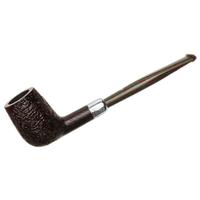 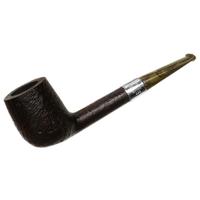 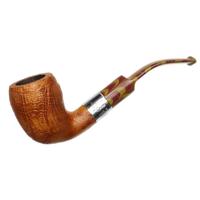 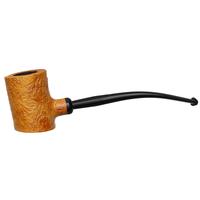 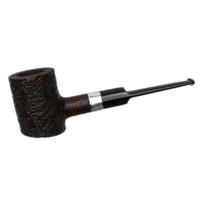 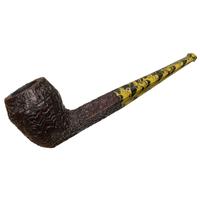 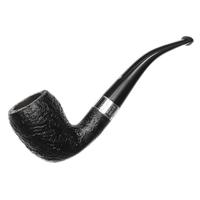 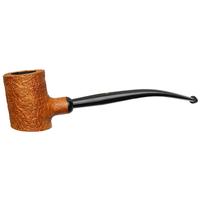