An interesting take on a shape-chart classic, this piece from Ashton straddles the line between Liverpool and Pot, though its long shank pushes it over into the territory of the former. Said long shank ebbs out of a wide transition that is more than accepting of a draped thumb, pushing out toward a junction that's here rounded by a broad band of silver which adds some elegance to the look of this pipe. Married to the shank is a sleek taper of jet-black vulcanite, the overall thickness of the combination quite sleek, allowing the visual weight to be centered more on the transition. The bowl is plump, pert, and quite squat, though it still fits nicely in the hand thanks to a bit of extra thickness about the walls, as well as a slight curve at the fore wall. Dressing this pipe is Ashton's Brindle sandblast and deep, dark, auburn stain, revealing handsome spiderweb patterns of visual flame and rippling growth rings across the bowl, with the silver at the junction standing out in sharp contrast. 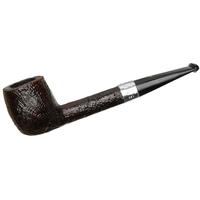 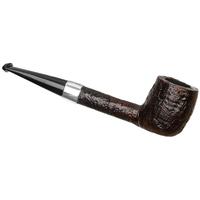 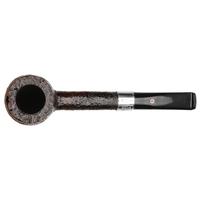 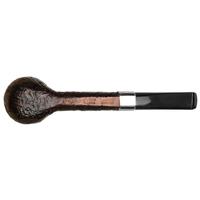 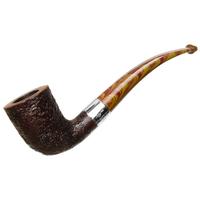 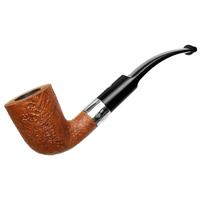 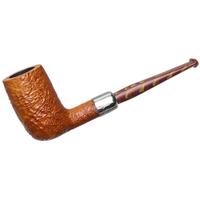 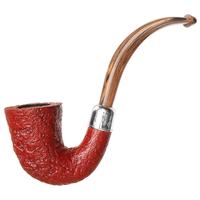 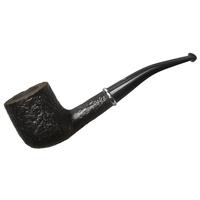 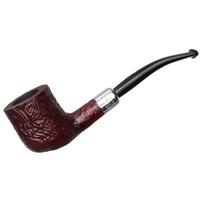 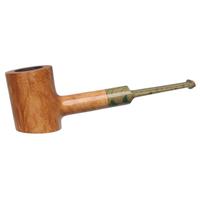 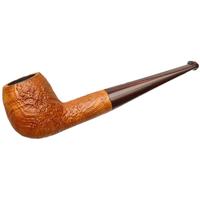