Among the classically inclined pieces we've received from Chris Askwith, this Billiard is clearly influenced by traditional English shape chart standards, while Chris of course adds his own unique artistic vision. The bowl is classically canted, the stain a mahogany/ruby-esque tone, the lithe tapered stem is polyester, and the bright mount at the end of the shank is shaped in dome-like fashion for easy visual transition from stummel to stem. The sandblast is medium-deep, with its grain meandering freely over the bowl with its growth rings angled. The sandblasted rim holds a whisper of concavity while maintaining a flat aspect, all combining in a modern-esque interpretation of the most fundamental of shapes. 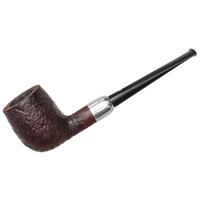 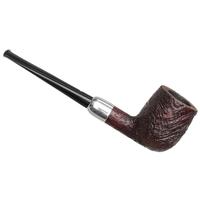 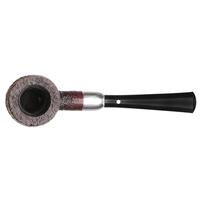 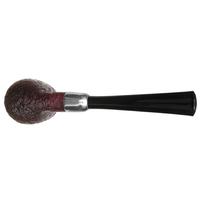 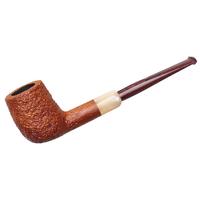 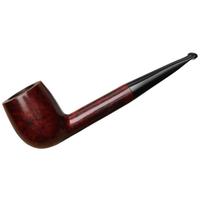 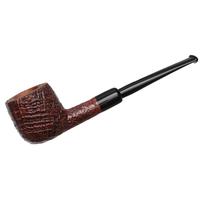 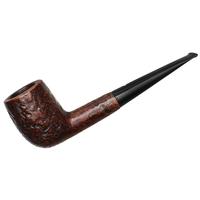 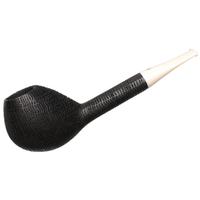 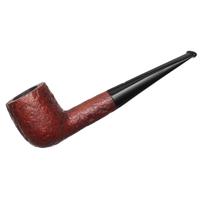 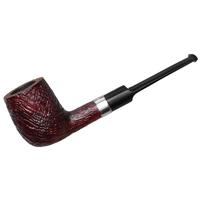 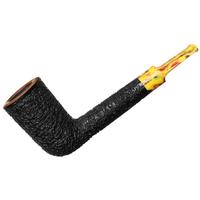