Six years after beginning to learn pipe making from Kai Nielsen in 1983, Kurt Balleby invested in his own carving tools and organized a workshop in his home in Kolding, Denmark. Since then, Balleby has cemented his name as a premiere Danish artisan — his style often catering to classic forms and imbued with stunning artistry and engineering, each studded with his 14K gold triangular stem logo. With such a love for traditional Danish shapes, it's fitting, then, that Kurt presents here a take on the Ramses, a design invented by Bo Nordh. While Nordh himself was a Swedish carver, his iconic, signature shapes (such as the Elephant's Foot) have become integrally tied to Danish artisan pipe making.

Like the Elephant's Foot, the Ramses is a shape devoted to and based around grain orientation, requiring a deft hand and eye for detail in its fashioning. This is the first Ramses rendition we've received from Balleby, and it's a beautifully archetypal iteration. Most notably, the form is marked by a sweeping shank that extends past the heel, with the bowl seeming to grow from out of it, devoid of a readily defined transition. Regarding grain orientation, the sides of the broad shank are paneled to showcase horizontally parallel cross grain, which poises birdseye along the underside and at the fore of the bowl. Balleby has done well to masterfully highlight this feature, with the deep, ruby-tinged stain bringing out swirling whorls all across the bottom. The stem's downward curve perfectly aligns with the upward flick of the heel for compositional balance, and the bowl's Egg-like presence contrasts the shank's more rigid, structural shaping. 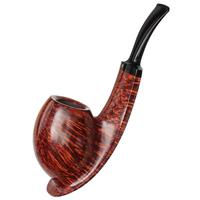 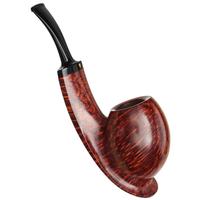 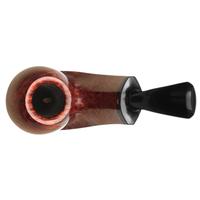 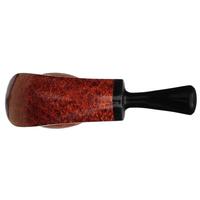 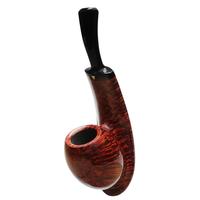 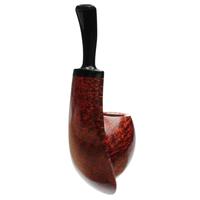 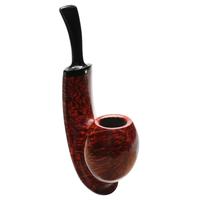 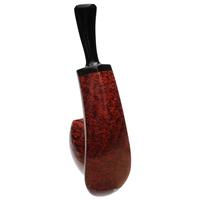 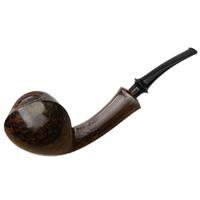