Earlier this year, we received a smooth-finished Ramses rendition from Kurt Balleby, a twin of sorts to this sandblasted version. It's a design that fits in well to Balleby's portfolio — the Danish artisan renowned for his traditional Danish designs. Though the Bo Nordh-designed Ramses isn't a traditional pipe chart standard (you'll never see the shape from the likes of Dunhill or Peterson), like the Elephant's Foot, it's become a staple within artisan pipe making, especially among Danish carvers.

The shank, most notably, defines the Ramses: In profile it arcs gracefully downward through the heel, flicking forward at the bottom, while the underside remains broad and rounded, contrasting the silhouette's sleek disposition. From there, then, the Egg-shaped bowl seems to grow from out of the shank, virtually devoid of transition and making for a deeply bent orientation — similar to an Oom Paul from a practical perspective, though markedly different in overall shape. In this rendition from Balleby, the Danish carver has deftly paneled the flanks of the sweeping shank, expertly tapering the panels as they travel toward the heel. It's a design cue seen often on his signature Bulldog renditions, and it's fitted to a slightly bent stem that perfectly matches the angle of the shank's curve — to me, that's the most attractive and most difficult-to-execute aspect of this piece, and Balleby has executed it exactingly here. 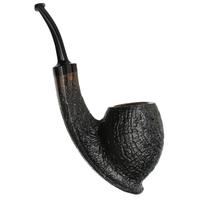 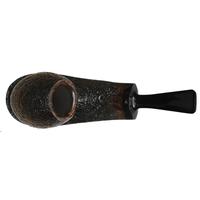 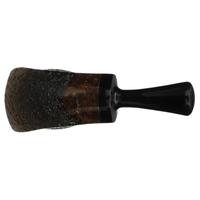 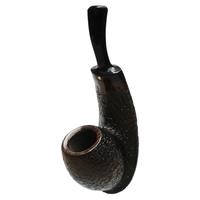 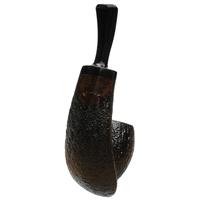