The bent Apple is a gently curved and voluptuous shape that's been rendered by countless artisans and factories over the years due to its popularity, how pleasing it feels in hand, and the aesthetic beauty it's capable of producing when rendered properly. When constructed by a gifted artisan pipe maker like Kurt Balleby, however, it's elevated by precision, proportional balance, and detail. This is the kind of pipe that can make just about anyone happy just by looking at it; and smoking it, I presume, must be even more enjoyable. It's a shape we don't often see from Balleby, especially one that forgoes the Danish artisan's penchant for panels and other more structured, architectural elements.

The bowl is tall and rife with supple curves, tapering from its rounded base up toward the gently rounded rim. There's plenty of cheeking at the low-set transition, the underside of the shank running all the way to the heel to lend the bowl an especially poised posture and accentuating its curvaceousness. The grain orientation on this piece is stellar, with whorls of birdseye along the base giving way to the gorgeous flame grain patterns that climb the bowl's flanks. The shank curves gently upward to meet the bright, slightly scalloped band of silver adorning the shank end, marking the first time we've seen Kurt incorporate the material on one of his pieces. Furthermore, this pipe has been serialized, the first two digits noting the number of the pipe, while the latter refer to the year — something we only see on pieces he thinks deserve the notation. It's a brilliant piece from Balleby that's bound to be a treasured pipe in any collection whether you're a collector of Kurt's work or have yet to experience his excellent craftsmanship. 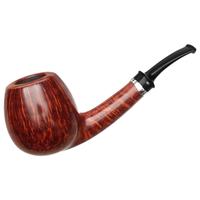 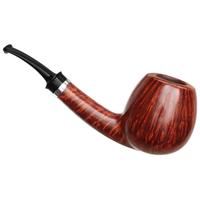 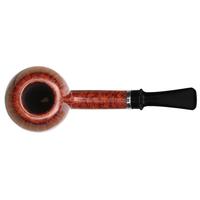 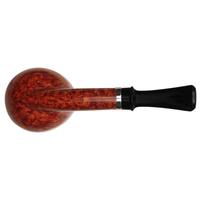 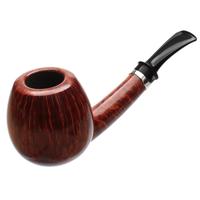 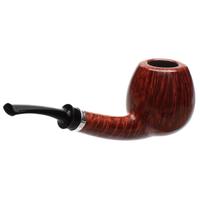 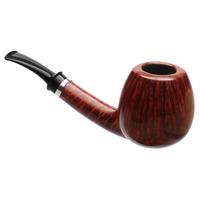 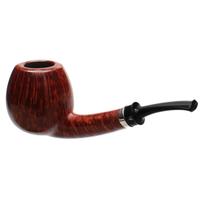 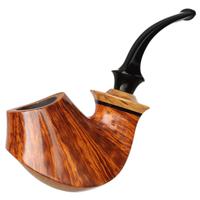 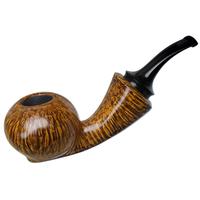