One of Denmark's premier artisan pipe makers, Kurt Balleby, in the early 1980s, studied for six years under Kai Nielson before establishing his own workshop. His time as an apprentice allowed Balleby to hone his craft and learn every aspect of pipe making, from the designing and shaping to engineering and finishing. Balleby focuses on quality over quantity, and as such, he produces only a 100 or so pipes year, making this bent Apple something of a rarity and a real treat for those with an eye for Danish pipes.

Supple, curvaceous, and truly breathtaking in its construction, this bent Apple features a plump, muscular bowl that rises proudly at the fore of an ovoid shank and a demurely curved saddle stem. The shank extends through the transition and wraps under the heel, seemingly undergirding the bowl and hoisting it into visual prominence. The shank's firm, structural lines add a touch of definition to the otherwise languid shape and offer some pleasing contrast to the bowl's softly contoured walls. A ruby-hued smooth finish dresses the stummel and highlight threads of flame grain as they flow across the flanks of the bowl to a rounded rim speckled with birdseye. A masterful design, this piece will no doubt become a cherished member of any pipe smoker's collection. 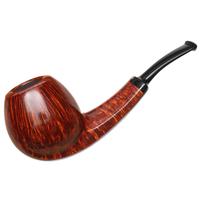 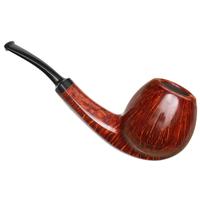 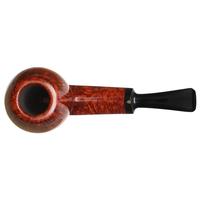 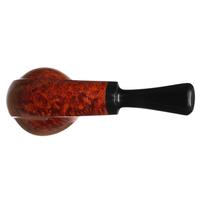 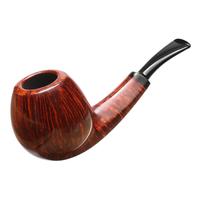 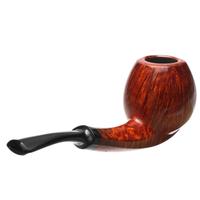 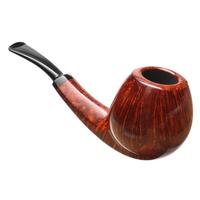 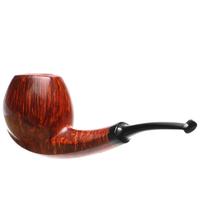 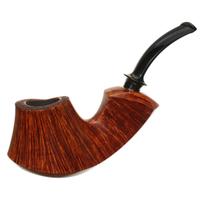 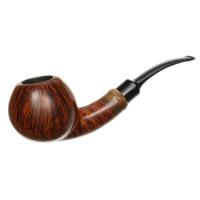