Within Kurt Balleby's portfolio, his Bulldog and Rhodesian renditions reign supreme, and while this bent Apple obviously isn't one of those, it shares similar aspects and highlights the Danish artisan's deft handiwork and shaping acumen. The most notable similarity is this piece's diamond shank, the short extensions crisply paneled with smaller facets defining the flanks. A lesson in balance and consistency, the ridglines perfectly follow the shank's slight upward curl, beautifully merging structured angularity with gentle curvature. Ballebey, then, continues this motif through the bowl, which is composed of eight equal panels whose ridgelines grow from out of the shank's. Like the shank, the bowl balances the ridges crisp firmness with the profile's overall roundness and muscularity, its substance fitting well in hand and accented by the ridge's structure. A very subtle, Danish-style sandblast dresses the majority of the stummel, with only the rim and shank end left smooth for refined contrast, and the shank is adorned with a mammoth accent that continues the paneled motif before expanding into a rounded edge. Though compact and conveniently portable, this Balleby pipe fits intricacy and complexity into a small package, elevated by his hand-cut stem work and expert engineering. 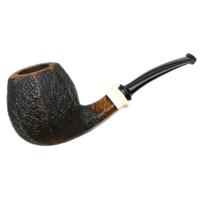 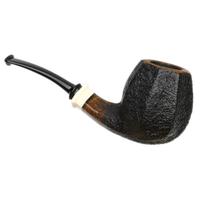 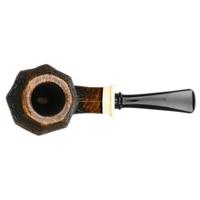 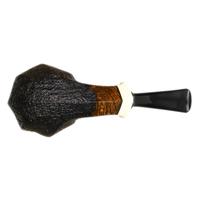 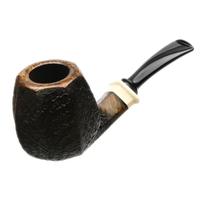 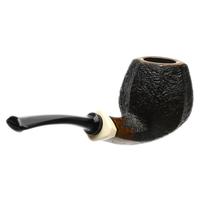 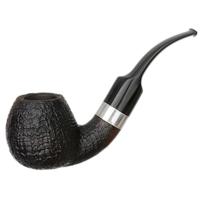 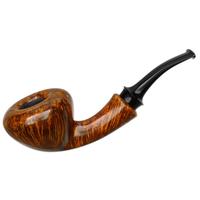