The Pickaxe isn't a design we've seen often from Federico Becker, so this piece is a delightful surprise. It's also a fine example of the Italian artisan's shaping skills regarding sleek line work and crisp angles. The bowl's Dublin-like form tapers into quite the pointed heel spur for a jaunty, rakish disposition. While the Pickaxe design lends itself to the spur as part of its make-up, this particular one is so skillfully crafted, it's nearly needle-like in its angularity. Out back, the shank-and-stem combination boasts a sleek, lean silhouette, easily recognizable as Becker's deft artistry. Dressed in a dark, crisp sandblast that showcases stellar, tight striations of ring grain, this piece is contrasted by a smooth, lighter finish within the inner rim and a wafer-thin ring as part of the shank's nomenclature panel. Additionally, this Pickaxe is topped by one of Becker's handsome, cumberland stems, complementing the coloration of the stummel. 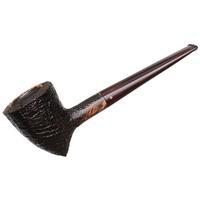 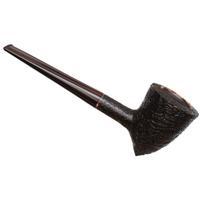 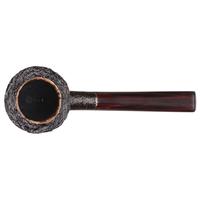 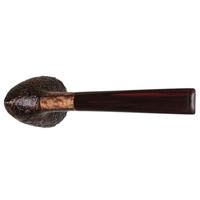 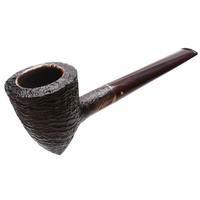 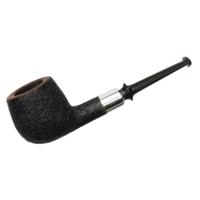 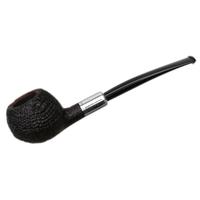 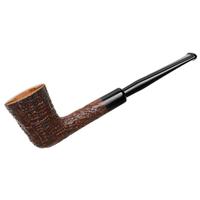 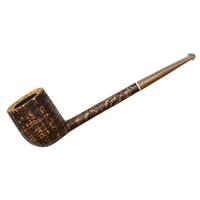 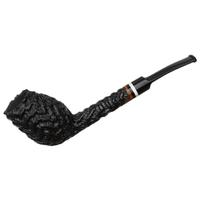