Benni Jorgensen's Swan grade is his highest designation, reserved only for those pieces that he considers exceptional in quality of briar as well as craftsmanship. As such, he typically reserves it for smooth finished pipes; however, he has given the grade to sandblasted pieces before. Until now, though, it's been over five years since we've seen one.

In regard to grain, the sandblast is light but no less stunning, as waves of ring grain roll up the bowl, intersecting with crisp striations of flame grain. What I find especially exceptional about this piece, though, is how Benni has shaped the rim. Left smooth and lightly stained to reveal a forest of birdseye, it's also been deeply chamfered, almost acting as a wind screen for the chamber. On the right side, Jorgensen has gently fluted the rim's edge, creating an aesthetic that resembles a waterfall. It makes it appear as though the birdseye in the rim is spilling over the side to flow down the bowl and shank, traveling down a rounded ridgeline. It's a gorgeous, artistic touch that is a true testament to the Danish carver's skill and creativity. Lovely work. 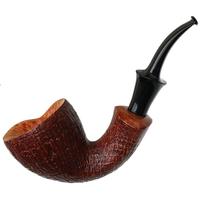 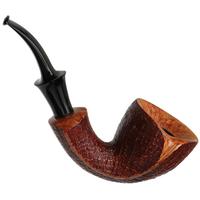 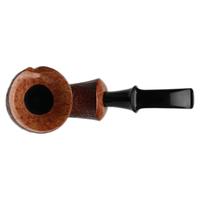 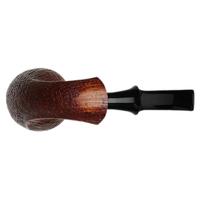 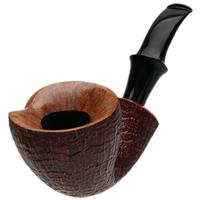 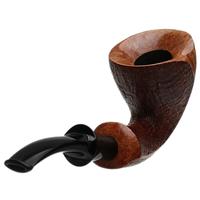 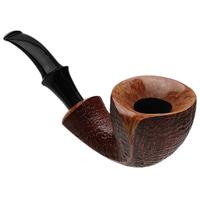