While the first Sparrow we received from Bill Shalosky was very nearly Horn-like in its path from bit to rim, with little in the way of transition, the most recent rendition went something in the other direction, exuding a more overt sense of plumpness and poise about the bowl, coupled with a neatly-tucked transition. And, much like Goldilocks' preferred selection, this fellow appears to be "just right," displaying a fine balance between those two offerings. It places an emphasis on length and reaching gesture, with a sprawling, elegant form in profile, unified by a single sweeping curve at the underside. Finished in a seriously vibrant contrast, there's loads of tight flame at the left and right, not to mention a vast sea of birdseye at the underside, all accentuated by a dark, rich walnut stain, and complemented by a creamy ringlet accent of deer antler. 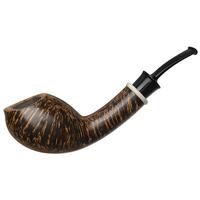 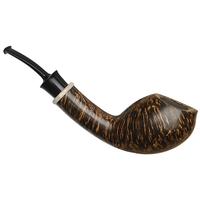 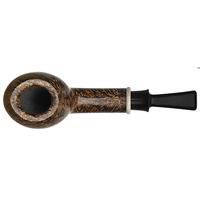 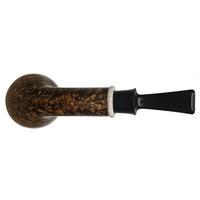 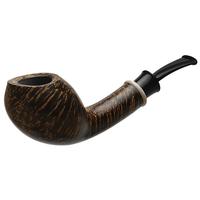 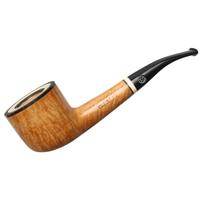