Brebbia's Jubilee series was originally introduced in 1992 to commemorate the Italian marque's 50th Anniversary and lasted until 1997. The limited line consisted of higher-tiered pipes and occasionally reappears when ever a superlative and remarkable composition is produced. This Pura Calabash is one such piece, displaying the iconic form's sinuous bend and dramatically flaring bowl. The grain is utterly breathtaking on this composition, with tight tendrils of flame grain rising in concert with the flaring flanks while whorls of hypnotic birdseye saturate the surface of the broad, softly rounded rim. The transition is set low and remarkably deep, offering ample room for a thumb to comfortably drape over. The shank kicks upward to join the elegantly downturned, tapered stem that offers excellent balance for hands-free smoking. A sterling silver band adorns the shank end, with engravings celebrating Brebbia's rich history and this pipe's esteemed status. 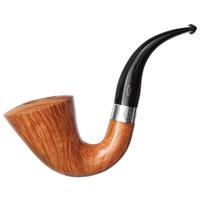 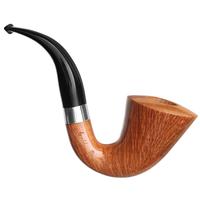 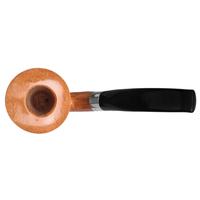 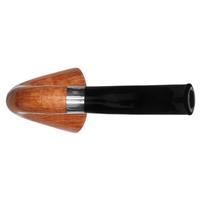 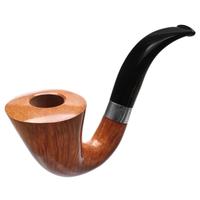 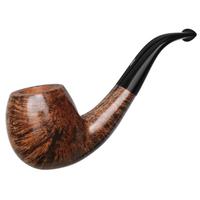 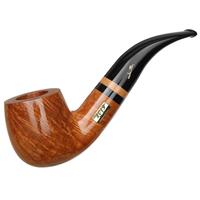 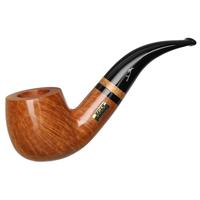 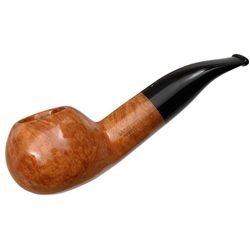 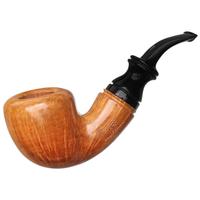 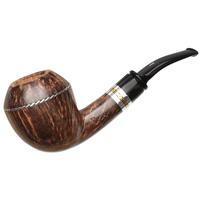 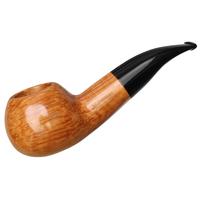 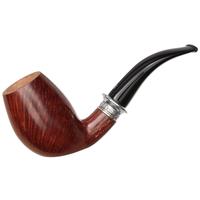 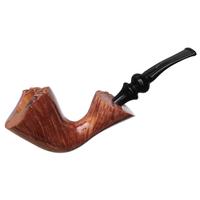