Bold and robust, this piece is exactly what one would expect a bent Apple from Caminetto to look like. With a sleek taper from transition to stem base, the bowl stands proud and rotund, filling the palm wonderfully and providing plenty of surface area on which to showcase the crisp rustication along the bowl's flanks. Smooth briar graces portions of the shank, namely the nomenclature panel and a band around the end, as well as the rim, adding a touch of handsome contrast. The shank and stem serve in more supporting roles, displaying a sinuous S-curve that gracefully drifts toward the lip button which allows the hearty bowl to remain the focal point. 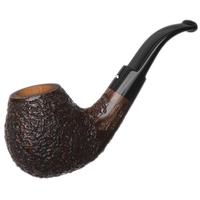 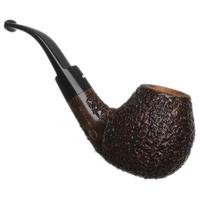 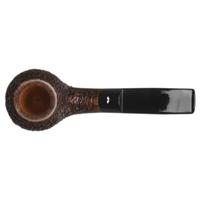 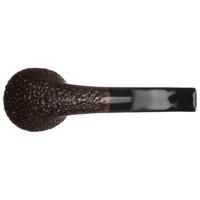 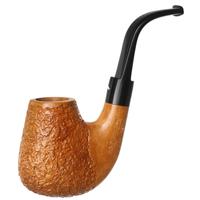 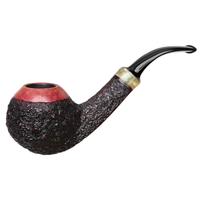 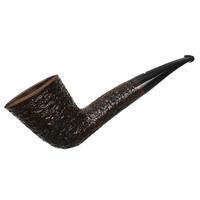 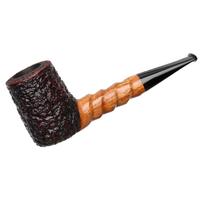 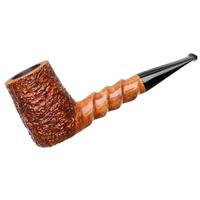 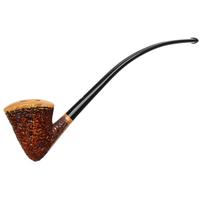 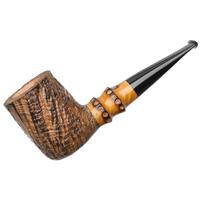 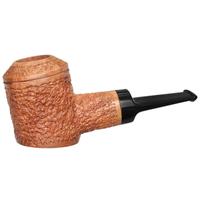 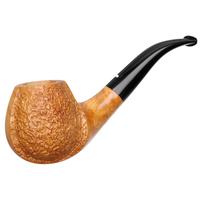