This unique Apple was designed and created for the Smokingpipes 20th Anniversary project through a collaboration between Sykes Wilford, Shane Ireland, and Castello's artisans, resulting in a custom design that's simultaneously new yet quite familiar. Essentially, this shape is a combination of the Italian workshop's beloved "10" Brucianaso nosewarmer Billiard and their "23" Apple. It maintains the Brucianaso's compact, pocket-friendly dimensions, but trades the tapered mouthpiece found on the "23" for a saddle stem and features a smooth briar inlay along the stem base to accent. It's a proportionally robust piece that offers ample chamber depth but is rendered on a smaller scale for broader appeal and practicality while the muscular bowl still offers a substantial presence in hand. As such, this piece is the perfect compromise for those who appreciate Castello's use of well-cured briar and rich history, but prefer slightly smaller shapes that are more easily manageable. The vivid, honey-blonde stain beautifully accentuates the bowl's flame grain patterns, giving extra definition to each tendril that dances around the flanks. 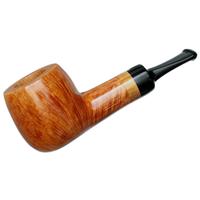 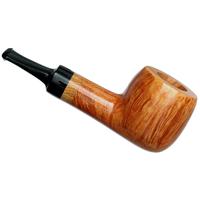 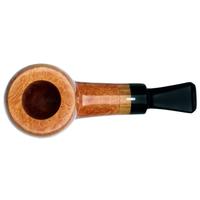 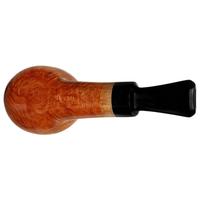 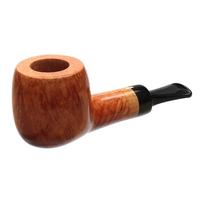 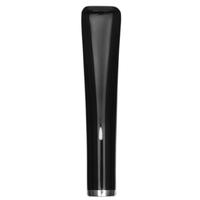 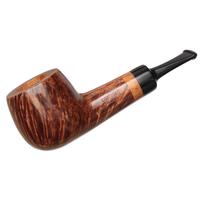 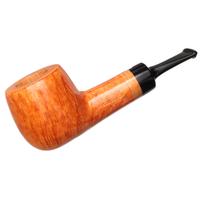 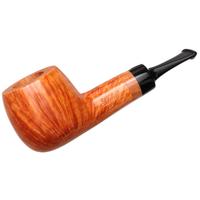 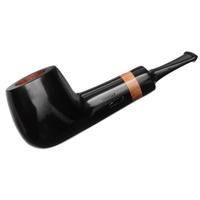 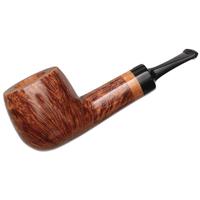 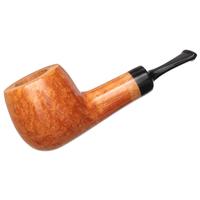 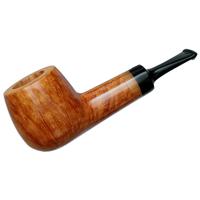 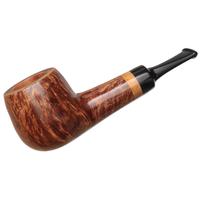