In the year 1982 the Castello workshop decided to set aside a portion of their finest briar to age, but not for the 10 years that they normally age their briar, no, the Italian icon instead decided to reserve these blocks for much longer. I can't tell when we first received a 1982 series pipe from Castello, but now, nearly 40 years after they began aging, Castello has finished off their supply of vintage blocks, with this bent Dublin being one of the last 12 ever made.

A bent Dublin with the soul of a Cherrywood, this pipe features a fluid stretch of shank and stem in a lithe S-curve, the former meeting the bowl near the lower third. Compared to the bowl, this gradually flaring length of briar and acrylic is quite willowy, gracile even, and the sharp transition serves to emphasize the muscularity of the bowl. In mentioning the bowl, I would be remiss to exclude it's "Sitter" designation, owing to the flattened heel that the bulk of its mass rests on, the shape flaring to the rim which dips at the front just a tad. The overall profile is possessed of a gentle forward momentum, and its shaping reminds me of a flowing stream meeting a river. The stummel is dressed in the workshop's distinctive Collection finish which reveals the grain of the briar in a honey-auburn stain, its hues unveiling a stunning flame grain pattern of hair-thin striations. This vertical patterning quavers ever so slightly as it ascends to the rim, emphasizing the aforementioned watery comparison, as if each strand was its own miniature babbling brook. The rim is covered in swirling whorls of birdseye, and the hues of the stummel contrast handsomely with the black stem, making for a pipe that is hard to take your eyes away from. 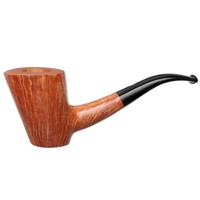 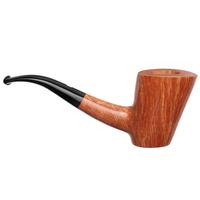 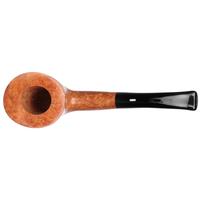 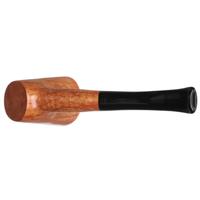 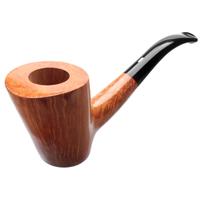 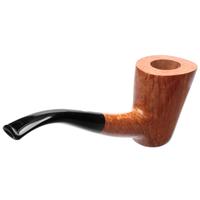 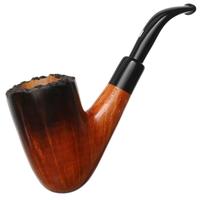 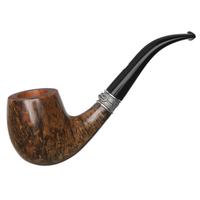 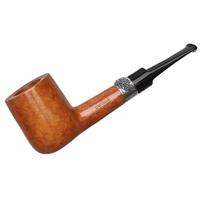 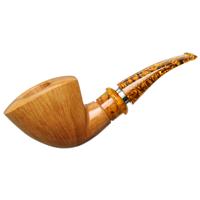 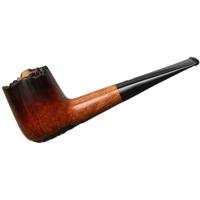 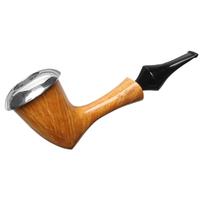