This Flame Bent Dublin is a true rarity, even by the series' eminently high standards. One of only six pipes produced for this particular release, all were carved by a single artisan, Castello's best, making this run of Flame pipes sure to be even more sought after by collectors. Even with such an esteemed reputation, this example refuses to rest on its laurels. This palm-filling Dublin pairs natural flame grain with the intricate carvings for which the series is named, creating a dazzling ripple effect for the eye and fascinating texture for the fingers. The carved tongues of fire blaze around the stummel, sinking deep into the briar around the bowl and roaring outward up the shank. The master artisan behind this line has taken his skill even farther, extending the carved flames up the acrylic stem. Dressed in a blonde stain that highlights the grain as it complements the carving, this is a truly one of a kind work that elevates this smoking instrument to the realm of art.

Presented in a sumptuous display box, lined in padded velvet with a matching pipe pouch, this piece is set to become the centerpiece in the collections of Castello aficionados. 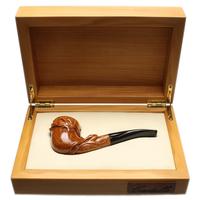 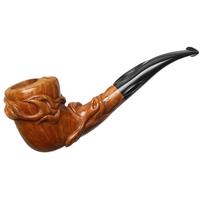 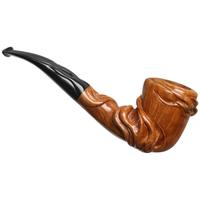 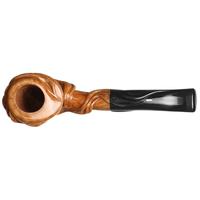 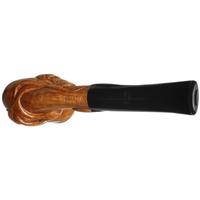 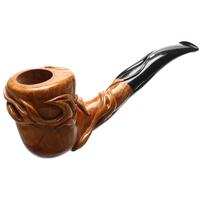 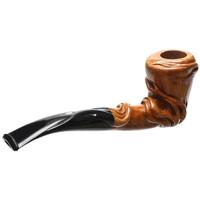 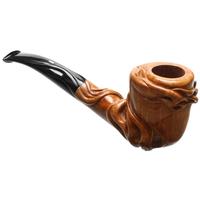