A special release from Castello, this "33" Canadian Nosewarmer was chosen as the pipe made to honor the 75th anniversary of the legendary Italian workshop, celebrating this milestone in 2022. Since its founding in 1947, Castello has been a driving force not only in the spread of Italian pipes, but in the development of the distinctive shaping style for which these pipes would become known. Appropriately, this is a limited edition run of pipes that numbers only 75 total examples, with this particular iteration being number 47.

The shaping here is certainly in line with Castello's unique style, complete with a firm, pronounced heel and a squat, broad build that's nearly as wide as it is tall. At nearly two inches in height, too, this is a sizeable bowl, with ample curves for the fingers to appreciate while the thumb is able to drape easily over the wide transition. At just a touch under five and a half inches long, the shank and stem combination here are comparatively trim proportion-wise, placing the vast majority of the visual weight up front, with the bowl, though the flattened, ovoid shaping of the duo ensures that plenty of attention is paid to the aft side. The stem itself is quite short, but it's made from a style of acrylic that hearkens back to Castello's burgeoning years as a brand, with a swirling, shimmering, champagne-like hue that works quite well with the warm auburn stain of the workshop' eponymous finish. 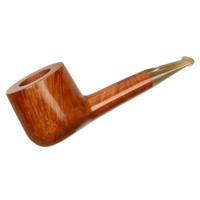 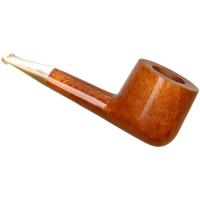 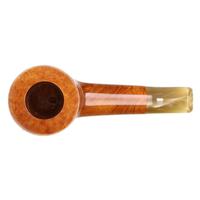 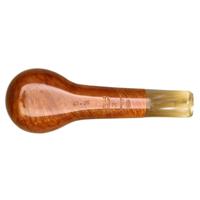 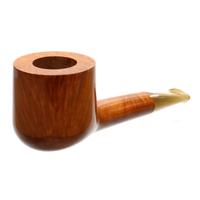