Castello's "G" stamped pipes denote those of a larger disposition than some of the Italian workshop's other pieces, sometimes being bigger only by a fairly small margin. These stamps can stack as well, with the more Gs received, the larger the pipe. We're used to seeing "G" stamped Lovats from Castello, and these examples are quite regularly produced by the brand, though a "GGG" example from the workshop is rare, something we've not seen for years and that is represented here. Compared to others of its kind, this Lovat is charmingly short, coming in at less than an inch and a half tall, but measuring in at nearly nine inches long. The extended shank is responsible for the vast majority of that length and holds nearly all of the visual weight, with the shank being the focus of this composition, rather than the bowl. Said bowl stands squatly atop a pronounced, rounded heel, its Pot-like presence comfortable in hand but dwarfed by the shank. Dressed in the inky stain and craggy rustication of the Sea Rock Briar series, this piece features rich texture in hand and comes complete with a trim saddle stem of jet-black acrylic. 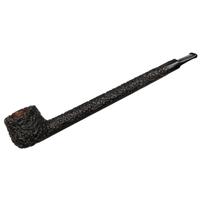 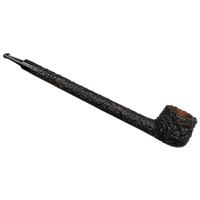 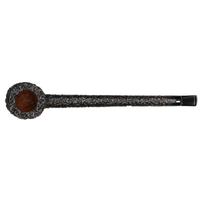 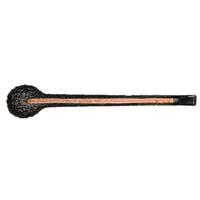 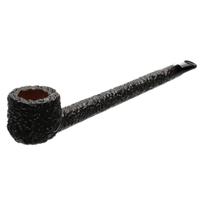