Claudio Cavicchi is undoubtedly a prolific pipe maker, the Italian craftsman producing somewhere between six and seven hundred pipes per year, and is still able to render pipes that are not only brilliant examples of shaping, but that showcase a truly stunning grain structure throughout. This Volcano is an example of both, as its lithe curves draw the eye toward the rounded heel, a feature that, fortuitously enough, allows the pipe to sit stably. Not only this, but the bowed heel, too, draws the eye toward the bowl, which ascends straight up from its ridgeline and emphasizes the dense array of flame grain that surrounds the briar. The heel also contains a swirling vortex of mystifying birdseye, acting like the perfect canvass to showcase it. It would be difficult to say whether it is the impeccable grain or the expert shaping that makes this piece so alluring, but in my opinion it is a combination of both, as the shaping compliments the grain and vice versa, a testament to Cavicchi's expertise in his craft. 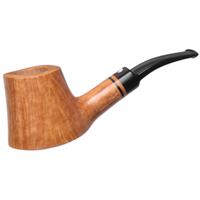 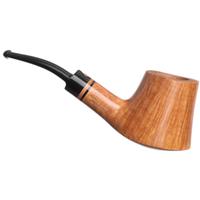 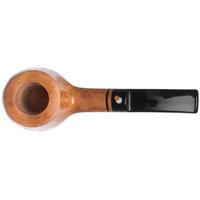 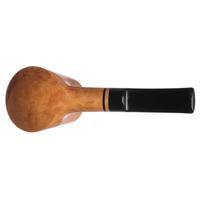 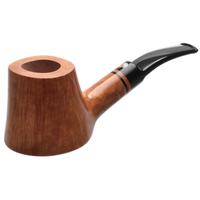