Since we first had the pleasure of gracing the digital pages of our site with the works of Italian master Claudio Cavicchi in late 2008, we have seen a great many shapes and sizes pass through our hands and into yours. However, this Tuban rendition is unique even by that standard. The Tuban as a shape was conceptualized by Dirk Heinemann while experimenting with the Rhodesian profile, discovering that the shank itself could become its own self-contained shape. Cavicchi's spin on the Tuban is decidedly larger and significantly more sinuous, the abbreviated saddle stem eschewed in favor of a lengthy, bent taper festooned with a tiered disc of mahogany stained briar. Much like a Horn, this shape does away with the shank and, thus, the transition, in favor of a composite style of stummel, curving right after the stem meets its flat, olivewood adorned rear face. Unlike a Horn, however, the diameter remains consistent, neither flaring nor tapering, the tight curvature sending the cylindrical bowl forward at an angle that exudes a palpable momentum. This particular rendition has recieved grade of four "C's" out of a possible five, and appropriately features Cavicchi's gorgeous honey blonde stain, revealing a lovely cross grain orientation, with horizontal grain on the flanks and birdseye on the fore and aft, all present in vivid detail. 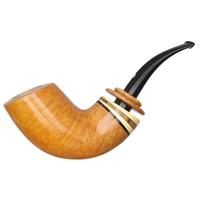 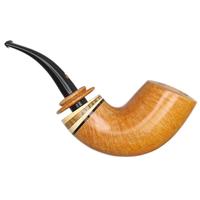 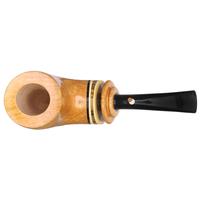 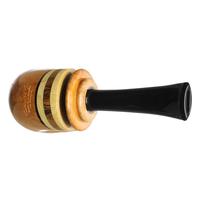 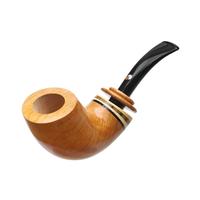 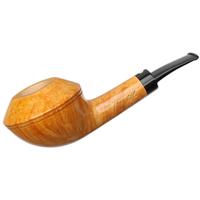 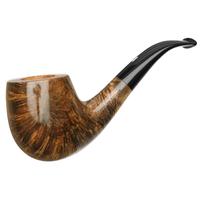 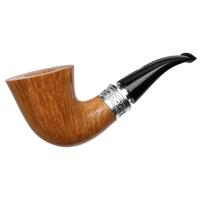 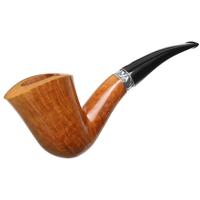 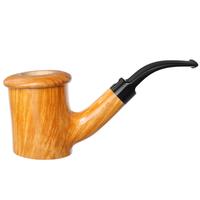 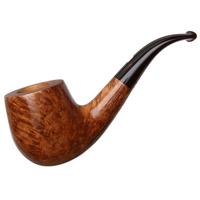 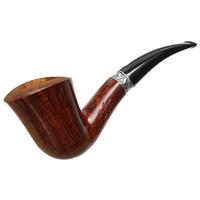 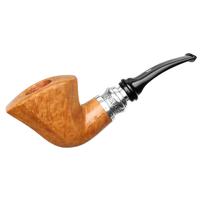 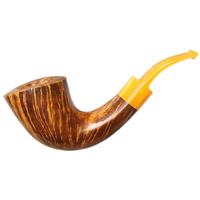