Subdued and reserved shapes are among the most difficult to render successfully. Their compositions are less complex, but that relative simplicity requires near-perfect execution of line and proportion; there are no flourishes to distract from imbalance or dissonance. It's somewhat counterintuitive that these seemingly unassuming, classic designs often require the most attention and expertise when being carved by hand. Symmetry is paramount, and every fractional millimeter of unevenness can cause the artistic composition to fail. Danish artisan Jess Chonowitsch excels at these artisan renderings of traditional forms, as interpreted through Danish design cues, and for decades his work has been lauded by collectors and fellow pipe makers alike. He's among the most respected carvers in the world, having trained directly under Sixten Ivarsson and alongside fellow icons Jørn Micke, Bo Nordh, and Sixten's son Lars, and this straight Dublin testifies to Jess' proficiency with shape-chart standards, revealing unmatched balance, precision, and harmony — all canvased in superlative grain.

When Jess carves a straight Dublin, he often maintains a minimal upward flare to the bowl, an element showcased in numerous past examples and maintained in this particular piece. Such a design choice caters to the minimalist style that often exemplifies Danish pipe making, as well as other Danish art traditions, and it lends this pipe an ever elegant and slender demeanor in profile. Pitched forward slightly to balance the shank's straightness, the bowl's flare is consistent from aft to fore, and the angle of the transition perfectly mirrors that of the heel for further compositional harmony. Meanwhile, the shank reveals a subtle taper toward the stem, not to the same degree as the mouthpiece but just enough to adhere to traditional shaping: Were a shank to be carved perfectly cylindrical with exactly parallel lines, the visual weight of the bowl at the end would create the illusion of the shank expanding outward. To counteract this, shanks are often shaped with a slight taper, and Jess' execution of that aspect balances the pipe's elements and transitions naturally into the more dramatic taper of the hand-cut vulcanite mouthpiece.

A benefit of hand-carved pipes, beyond the meticulous engineering and freedom of shaping, is how the pipe's design can be oriented according to the grain to maximize its potential. Jess has accomplished that in this Dublin, merging form and grain to display flame and straight grain across the bowl's surface. The tendrils rise from heel to rim and are dressed in a rich, honey-blonde stain to reveal vivid contrast. 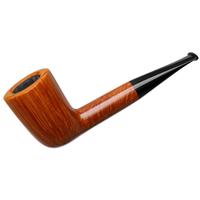 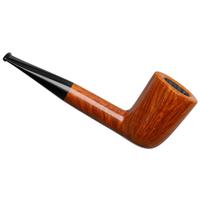 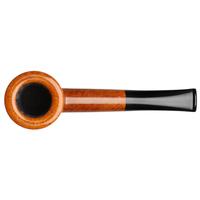 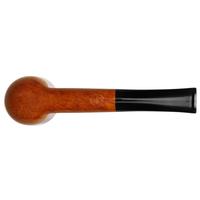 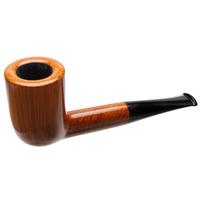 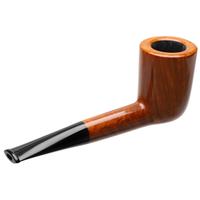 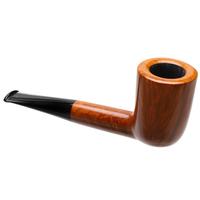 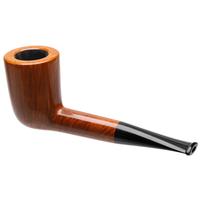