Jess Chonowitsch is a second-generation pipe maker, the son of Emil Chonowitsch and bears the distinction of being one of Sixten Ivarsson's four direct pupils, learning his craft alongside legendary carvers Jørn Micke, Bo Nordh, and, of course, Sixten's son Lars. Now, after decades spent perfecting his craft, Jess is one of the most influential pipe artisans in the world, with his work coveted by discerning pipe collectors and generations of new carvers inspired by his designs.

This Nosewarmer bent Brandy shape is a signature rendition for Jess, a perfect mix of functional design and artistic shaping, with a plumply rounded bowl that tapers just at the rim paired to a gently curling and tapering shank. Cheeking at the transition and a softly inflated rim show it's Danish ancestry, while the negative space above the shank invites thumb draping. The finish is a bright auburn contrast stain over stimulating sandblast, accentuating well the ring grain that wraps the bowl, while the rim is left smooth for textural contrast.

The shaping, while soft, is also muscular, imbuing the piece with a resolute nature that belies its diminutive size. It's a study in understated elegance, and I cannot find even the slightest thing that I would want to be different about it; the more I look at it the more I want to look some more. Every detail has been carefully attended to, from the stummel's precise shaping to the svelte, hand-crafted vulcanite mouthpiece, ensuring that the owner of this piece will have not just a pipe, but a prize. 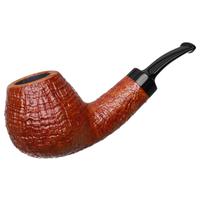 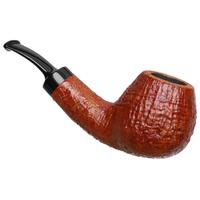 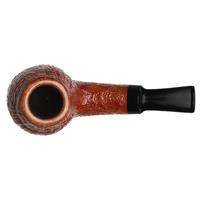 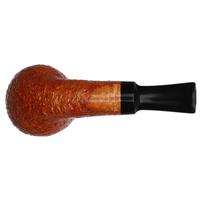 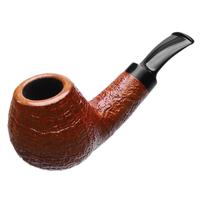 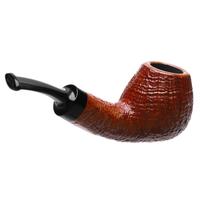 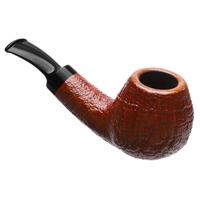 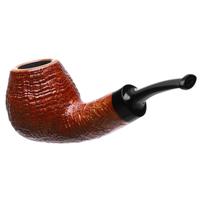