Offered here is the sleek Tavern Belge pipe by Markus Fohr with a black finish, featuring an elongated stem like clay tavern pipes of centuries past. 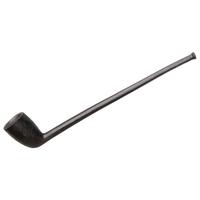 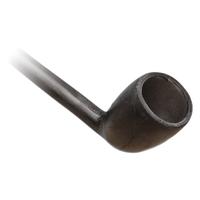 Customer Reviews (6 Total)
Write A Review
Write a review
Overall Rating:
4.92 out of 5 stars
Old School Cool
By: Old Timer...
Product: Old German Clay Tavern Belge (Black)
Markus Fohr Tavern is one of my favorite pipes. With a deep and wide bowl. At almost 9" in length it is a treat to smoke.
Nice smoker, cool in black
By: Steve M.
Product: Old German Clay Tavern Belge (Black)
Really pleasant smoker. Very light, smokes cool and dry.
The reader’s pipe
By: Stevo
Product: Old German Clay Tavern Belge (Black)
This pipe has risen to the top of my list, more than any other. Based on the words for a churchwarden pipe it other languages, long pipes were developed to keep the bowl and its smoke away from the face as you looked down at a book. I love this pipe ... Read More because it lets me browse my phone or tablet easily. It’s great for beginner pipe smokers because it’s forgiving; it can’t burn through. The black clay looks so unique compared to the white. If you are a black sheep type, this will make you stand out when smoking at a fair or festival. Tip: when you get yours, use an emory board or some superfine wet/dry sandpaper to make the mouthpiece very smooth. Read Less
The True Sherlock
By: Samuel H.
Product: Old German Clay Tavern Belge (Black)
“And, Watson, please go downstairs and order me a pound of dark shag from the tobacconist: I must work.” As alluded to in the description, this is the actual kind of pipe Holmes was described as smoking, and is pictured smoking in the early illustra... Read More tions. And in actual fact, it is dry and reliable, delivering a wonderful smoke, with no fuss to get in the way of your criminological ruminations. NB: the bowl is gigantic. It is deceptive since a briar of similar proportions would have a relatively small chamber, but I could fit probably six of my normal 20-minute servings into this one. Read Less
Great value
By: R_Hatfield
Product: Old German Clay Tavern Belge (Black)
These OGC pipes are a great, inexpensive way to experience blends in a pure way. Plus you’re smoking the way your ancestors did. I’m getting more.
My friends call it the Gandalf pipe...
By: The Sith Tobacconist
Product: Old German Clay Tavern Belge (Black)
So since I can’t take this tavern pipe to a tavern, I smoke it at home with a tumbler of bourbon, with one of those giant ice cubes you only find in a fancy-ass cocktail bar. Naturally, my buddies come by and drink some with me, and any time this pip... Read More e is out, they call me Gandalf, and truthfully, after the second bourbon, around mid bowl, I am kinda starting to feel like a wizard. Not only is this pipe fun to smoke while wearing a long pointy wide brimmed hat with a cloak, it is really a great smoke! Smokes cool, and due to the huge bowl, you can have a hell of a long smoke, probably all the way to bourbon number 4 or 5 if I’m still upright. I’ve also found that after a run through with a bristled pipe cleaner around the bowl, and I’m no expert, but it doesn’t seem to ghost. I don’t smoke many English mixtures or Kentucky blends, so I wouldn’t know if they do, but VaPer’s, or aromatics, before straight Virginia’s, all worked out just fine for me, and I do have dedicated briar pipes for each of those blends to compare. But a word of warning, BE CAREFUL, they break easily, they are just clay! I’m currently waiting for my second one. RIP to the first. Read Less
View All (6) Clay Pipes Tavern Belge (Black) Reviews
Similar Pipes
Old German Clay 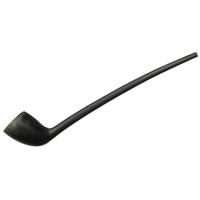 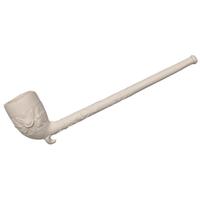 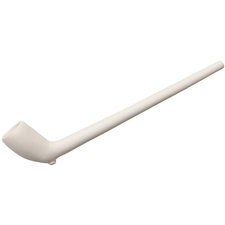 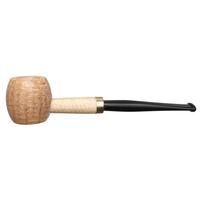 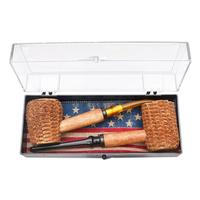 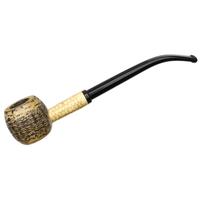 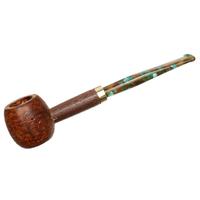 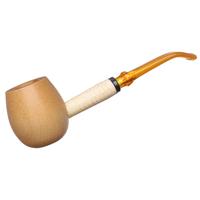