A somewhat Dublin-esque take on the Cobra shape, this fellow from Cornelius Mänz places a serious emphasis on lowness and sleekness, with a tightly sweeping curve at the underside bolstering a broad, dome-rimmed form up front. The German carver made use of tight, crisp ridges at either flank to frame a marvelous sea of birdseye down below, with light licks of flame dressing the remaining briar, all highlighted by a stunning contrast. Cornelius no longer uses a grading system, though he still makes use of the "AA" grade, as it is his highest. He's only made two pipes in his history graded higher than "AA," and they were simply stamped "Best." A truly spectacular display of craft and vision. 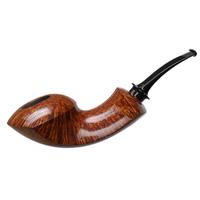 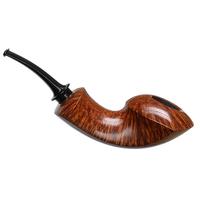 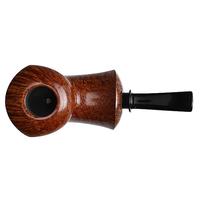 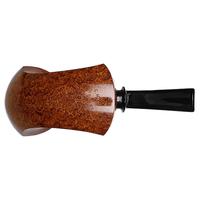 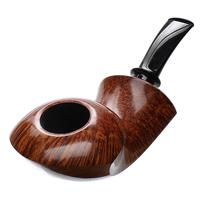 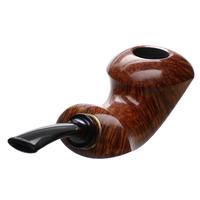 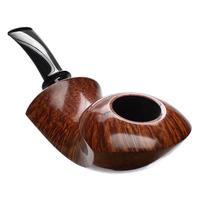 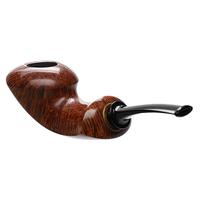