Cornelius Mänz's style displays a strong affinity for organic designs, the German carver taking inspiration from nature's inherently beautiful imperfections to craft some of the most admired and expertly engineered pipes of the modern era. It's most evident in his Egg and Mushroom designs, with this Tomato interpretation continuing his penchant for organic shapes and exhibiting the influence of Danish pipe making in Cornelius' work.

The bowl is broad and muscular, yet remains undeniably pleasing and comforting in hand. It's also been shaped perfectly to showcase all of the gorgeous grain that surrounds the bowl with whorls of birdseye dominating the rim and lifted heel while streaks of flame grain engulf the bowl's flanks. The shank is extended by a horn mount, a piece of old stock that Mänz acquired in France and has been aged for decades. Said mount subtly flares outward in traditional Danish fashion, echoed by the disc-shaped base of the softly bent stem. Many collectors claim Cornelius' stems are among the most comfortable in the world, and after having the pleasure of examining this piece in person, I'm inclined to agree. 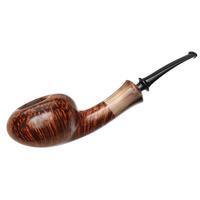 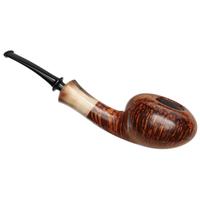 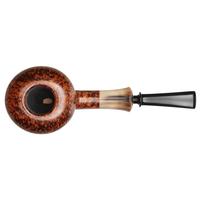 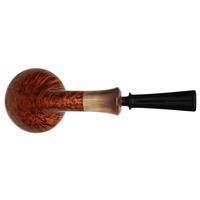 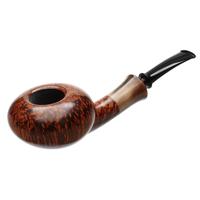 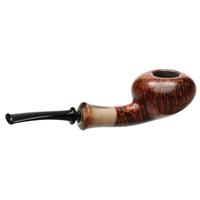