While Cornelius Mänz no longer utilizes a grading system for his pipes, the German artisan still uses his prestigious "AA" stamp, a designation reserved for truly exemplary pieces. This Volcano is one such piece, displaying carefully considered line work and gorgeous grain underneath a light stain that highlights the pristine nature of this briar block. This rendition features the Volcano's characteristic ridgeline along the base, demarcating the bowl's tapered flanks from the rounded, lifted heel. The ridgeline also wraps around the shank face, accentuating its bulbous disposition. Echoing that ridgeline's crispness is the encircling line that surrounds the chamfered rim, which curves gently inward to the chamber.

Befitting such a special piece, the grain is astonishing and perfectly oriented. Tight streaks of vertical grain rise up the stummel's flanks while a sea of birdseye populates the entire underside. A small kiss of plateau graces the heel, providing visual and physical texture without distracting from the other elements that make this composition spectacular. An inset, brass ring reinforces the mortise, its shape mirrored by the stem's expansion disc before continuing upward and terminating in a graceful downturn. It's a stellar piece from Cornelius and will be a treasured addition to any collection. 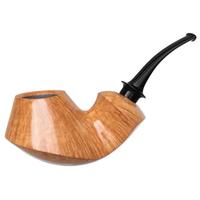 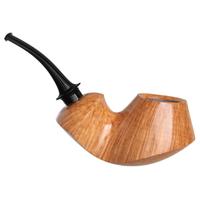 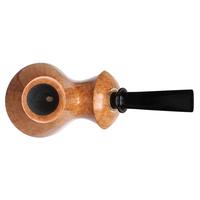 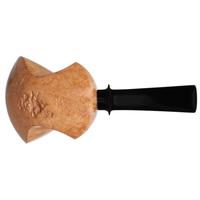 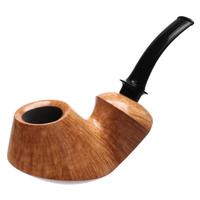 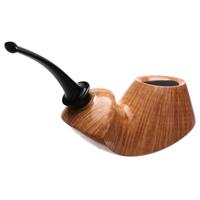 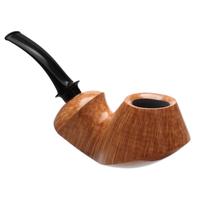 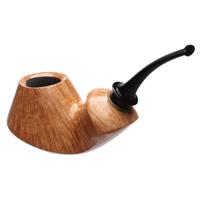