The finishing work on this Cup and Ball from Cornelius Manz is the first distinctive element to commend itself, and like all of Cornelius' smooth pipes, projects a polish and refinement reserved for the most luxurious of items. The design is next: vertically compressed and sturdy throughout, but with a rare elegance of form and execution.

The shank is wider than it is tall, and flares dramatically outward in both planes, but especially so in the horizontal. That flare is terminated by the rounded end of the shank, which introduces a stylized, tapered mouthpiece with a single expansion bead for a visual step to its flattened aspect. A beveled rim tops the voluptuous curvature of the bowl, while the shank and bowl as separate elements are lent additional emphasis with a crisp ridgeline that swoops around the transition and leads forward at the underside. The smooth polished surface offers wondrous contrast for the line work on this piece, which is endlessly satisfying under the finger pads. 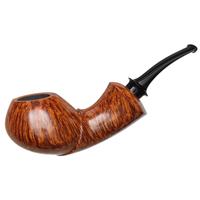 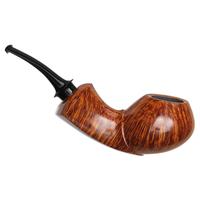 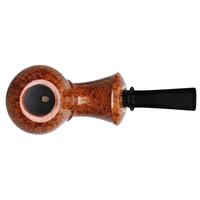 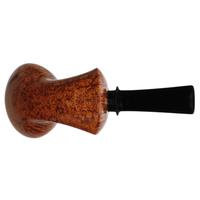 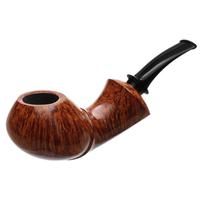 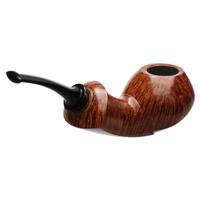 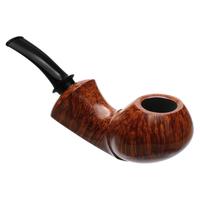 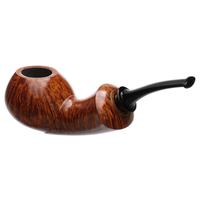