Despite the novel name, this is a familiar form for David Huber, with a strong, bowl-centric sense of shaping followed by a striking, upward-kicking shank and stem combination. Though not particularly elongated, there's certainly a serpentine disposition at play, not to mention evidence of David's apparent penchant for lenticular shaping. The bold shank is cinched along the central axis, allowing the implication of flare toward the end and stem base to become more defined in juxtaposition. The forward-inclined bowl shows a spread of craggy, undulating ring-grain, coaxed by a dark, stimulating sandblast. Altogether, I can readily imagine any rotation would be better off for including it among its ranks. 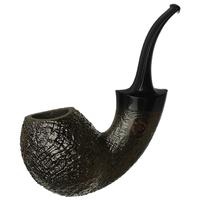 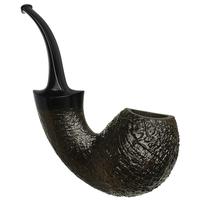 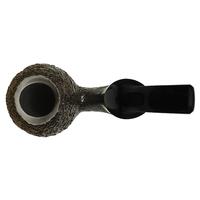 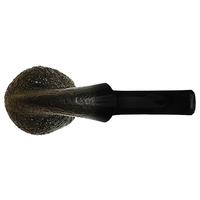 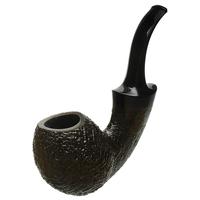 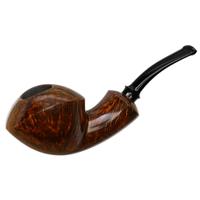