The Ballerina shape is an original Bo Nordh design defined by a bowl that curls forward from above a flattened foot, shaped to emulate the poised stance of a ballerina en pointe (though in this piece, the choice of rounded heel keeps the pipe from standing upright unassisted). It's an organic, elegant form with paneled flanks decorated with cross grain that connect across the rim's fore. Huber's entry into this year's American Pipemaking Exposition is stunning rendition — the grain beautifully oriented in crisp striations and dizzying whorls of birdseye.

The American has extended the shank with a curved section of bamboo that throws some asymmetry into the composition, which David has counter-balanced by a subtle sideways curve in the stem. Huber hand-picked this specific piece of bamboo for both its quality and unique orientation, the crisp, striated knuckles cohering well with the rigid cross grain of the stummel. It's also a piece that David began fashioning in Joao Reis's workshop when he visited Denmark; Huber roughly shaped the briar before returning home to North Carolina where he finished the piece in his own workshop, and it represents the last pipe he made from his overseas sabbatical. Adding to the eccentricity of the organic material, David enabled the bamboo to be removed both from the stem and the stummel — the mouthpiece secured by a metal tenon, and the bamboo fitted to the shank via one of delrin. This construction allows the pipe to be more thoroughly cleaned and maintained ensuring it will perform well with extended use. 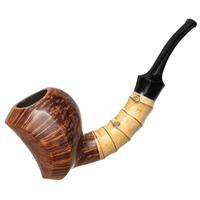 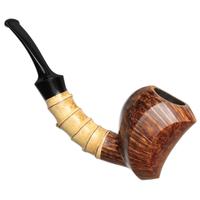 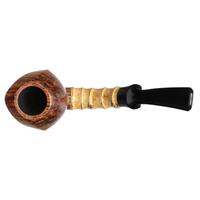 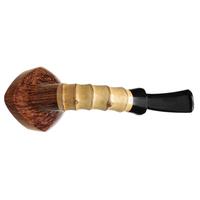 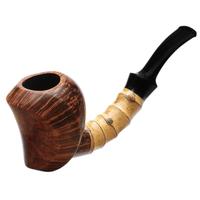 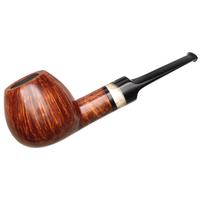 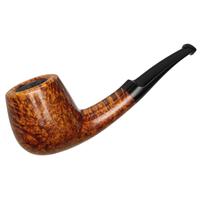