The bent Egg is one of David Huber's favored shapes, the North Carolina carver experimenting with its proportions and presenting the organic form in striking color palettes. That said, each rendition manages to display a gestural, poised stance with this particular piece serving as an excellent example. It's also the lengthiest one we've received to date, measuring nearly six and a half inches in length. Huber has extended the shank's length considerably, dramatically flaring towards its oval shank face and gradually tapering as it meets the pinched transition. The shank's firm ridgelines along the top and bottom contrast against the bowl's soft curves and inherent plumpness. Said bowl exhibits a strong degree of forward cant in profile, the shank's continuous curve leading the eye towards the bowl. Huber has then finished the stummel in a crisp sandblast, utilizing an earthy contrast stain to great effect, with darker tones differentiating the streaks of cross grain from the specks of birdseye along the flanks. The rim has been left smooth to match the shank face, which has been reinforced with a brass inset ring for a mount-style tenon configuration. 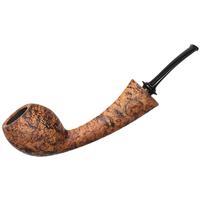 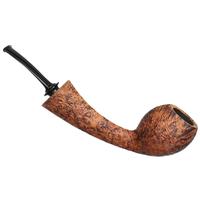 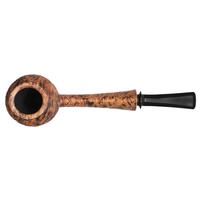 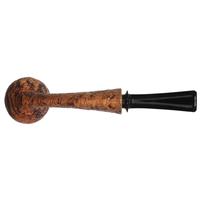 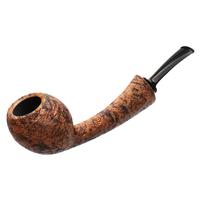 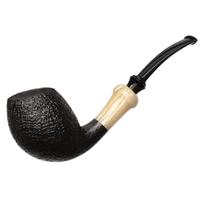 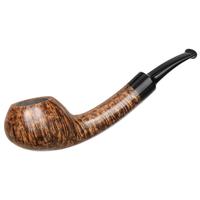 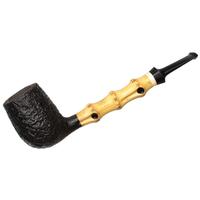