If you've been looking for a pipe that is distinctly individualistic, David Huber's Flounder shape may be something to consider. Its asymmetrical posture parallels the movement of a fish as it curls its tail to propel it forward. From the side, it appears to be quite a muscular, sturdy shape, which it is, but from above, it assumes a different personality as the shank bends in the vertical plane to emulate the natural momentum of swimming fish.

The shank is nearly as high as the bowl, and it flares at the shank end before the introduction of the stylized mouthpiece with its single wide expansion ring. The rim is scalloped for additional natural effect, and the grain is illuminated by an elegant contrast stain. The bowl is perched at the left side of the shank, most obvious from an aerial perspective, and the attitude of that bowl is pronounced. It's asymmetry used to dramatic effect for a smoking instrument of exceptional quality and creativity. 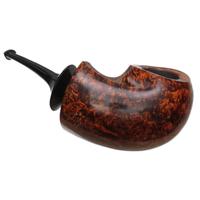 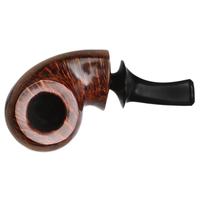 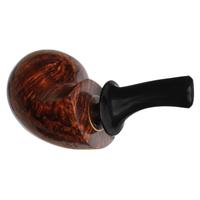 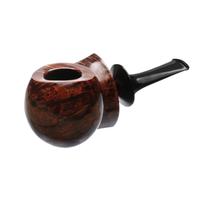